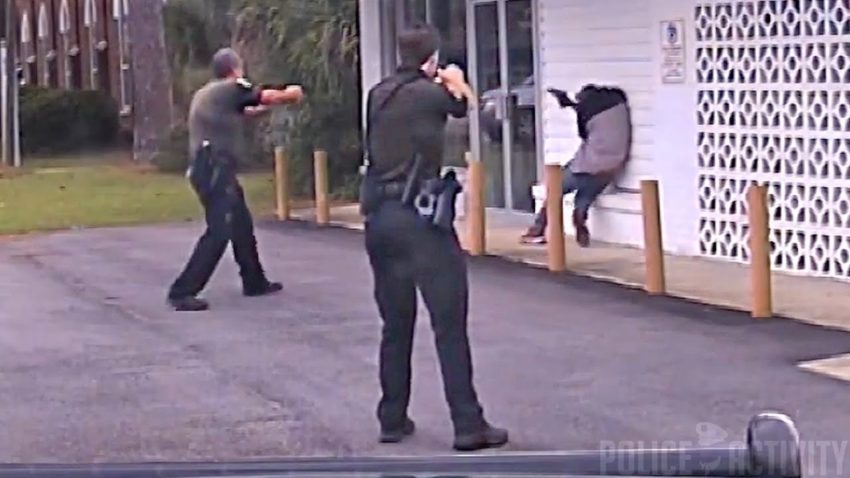 ** (Disclaimer: This video content is intended for educational and informational purposes only) **
Three Escambia County Sheriff’s deputies have been cleared of any wrongdoing in an October, 2017 shootout with a robbery suspect. Prosecutors said a key piece of evidence in coming to that decision was the dash-cam video from the first-responding deputy. In the video, which has now been released by the State Attorney’s Office, Deputy Patrick Roberts can be seen and heard commanding Demetric Denario Carter to keep his hands up and get on the ground for more than two minutes. Roberts could see a handgun in Carter’s back pocket. Even after backup arrived, Carter refused to comply. Deputy Roberts tased Carter who pulled his gun and fires several shots as he was going to the ground. Deputies responded with fire of their own, wounding Carter who was taken into custody. According to a police report, a bank teller at Warrington Bank called deputies after a suspicious man came in the bank, speaking and acting in a threatening manner. She told dispatch she was afraid he may rob the bank. She also told dispatch that the suspect, later identified as Carter asked her to call police because he didn’t want to take anything out on them. The deputies were not injured in the shootout and Carter was treated for non-life threatening injuries. He now faces three attempted murder charges.