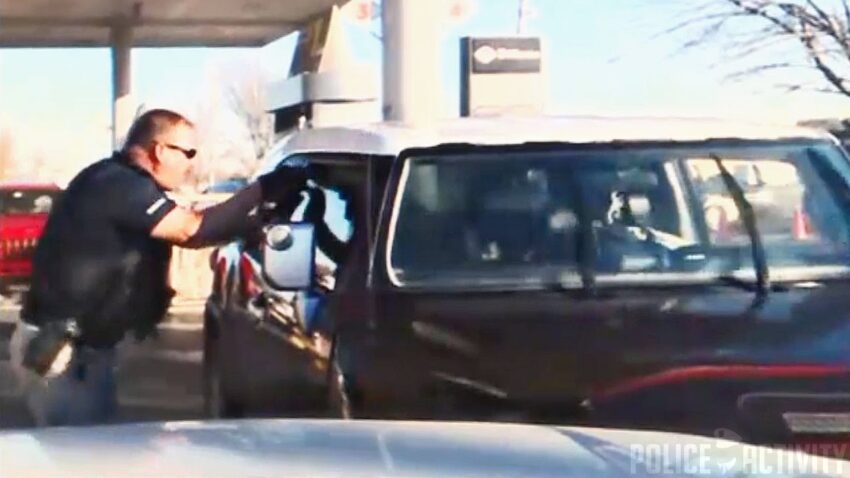 ** (Disclaimer: This video content is intended for educational and informational purposes only) **
A suspected carjacker ran straight into law enforcement, ultimately leading to his arrest. Police say a woman was carjacked Monday in Wichita, Kansas near 47th Street South and Broadway by a man who claimed to be armed. That woman, Christine Christy, said that she was sitting in her parked Toyota FJ Cruiser when a man pulled open her door, took her phone and then threw her to the ground. “He told me I’d better get out of the car before I get my gun out,” Christy said. She noted the suspect never showed a weapon, only claiming to have one.

Around 3:30 p.m., a Maize police officer spotted the car and attempted to stop it at a gas station near 21st Street North and Maize Road. The officer blocked the suspect’s way out of the station. That is when the suspect floored the stolen SUV in reverse, crashing into a Jeep, then flooring the car in drive, hitting a display of windshield washer fluid and the police car. Officers arrested the suspect and continue to investigate further charges. The Jeep was driveable, while the damages to the stolen car and police car appeared to be more severe. No one was hurt from any of the day’s incidents.