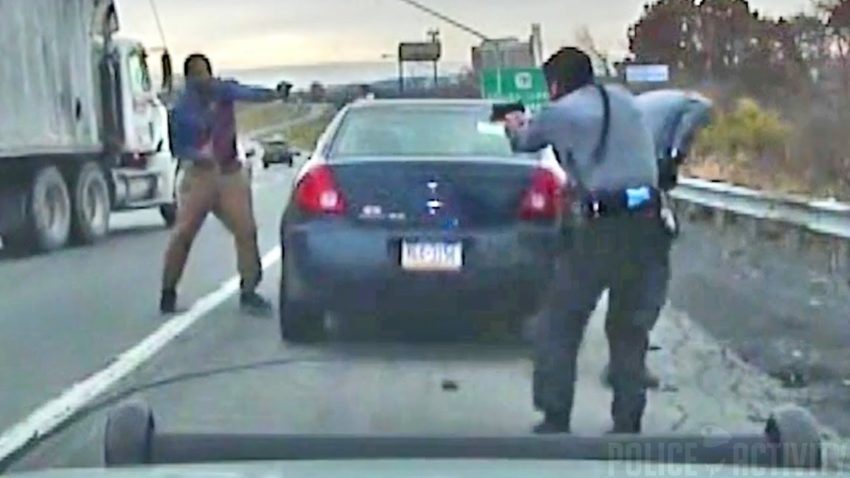 ** (Disclaimer: This video content is intended for educational and informational purposes only) **
State Police have released dramatic dashcam video of the shootout on Route 33 that seriously injured Pennsylvania State Trooper Seth Kelly in 2017. The suspect Daniel Clary was convicted of attempted murder in May. In November 2017, State Trooper Ryan Seiple made what was supposed to be a routine traffic stop on Route 33 in Plainfield Township, Northampton County. Dashcam video shows Clary getting a ticket for speeding, but as the trooper begins to pull away, Clary flags him down again. Trooper Sieple called for backup and the video shows Sieple and Trooper Seth Kelly putting Clary through a sobriety test. The video shows Clary unstable on his feet during several tests. When the troopers try to arrest Clary, he resists and they wrestle him to the ground. Clary attempts to fight back. At one point, the fight spills out onto the road with traffic driving by. Police tried to use a taser on Clary but he gets up and reaches into the driver’s side window of his car. The video shows Clary firing the gun multiple times at both Trooper Sieple and Trooper Kelly. Both officers return fire and Clary drives away.

Trooper Kelly was shot four times during the exchange of gunfire Nov 7, 2017, on the side of Route 33 in Plainfiield Township. He arrived at a local hospital clinically dead. He spent 12 days in a medically-induced coma and 25 days in the hospital. He doesn’t remember the shootout. Houck showed jurors the 45-mintue video of the traffic stop, the struggle and its aftermath. Houck believes he could have suppressed its release. But he and the troopers believe it’s important that the public should view the video to see just how dangerous police work can be and to see the restraint employed by the troopers before they were forced to open fire. “We think the community should see it,” Houck said. Clary, 22, of Effort, Pa., was convicted June 29 of multiple felonies, including attempting to kill Seiple and Kelly. His attorney argued at trial he was scared and shot at the troopers because he feared for his life. Clary will be sentenced Aug. 31.