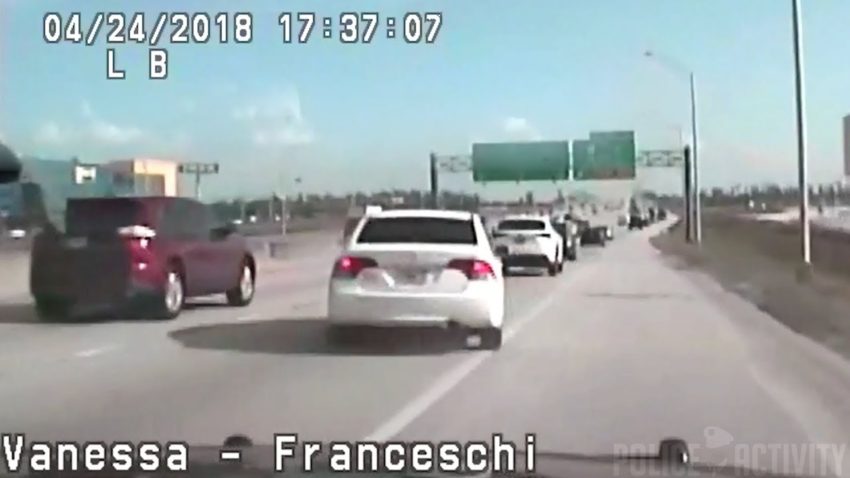 ** (Disclaimer: This video content is intended for educational and informational purposes only) **
Florida Highway Patrol has released dash camera footage of a Trooper apprehending a suspect after he intentionally struck her patrol car with his vehicle, then led her on a high-speed chase through bumper-to-bumper traffic on the Florida Turnpike. On April 24, 2018, Trooper Vanessa Franceschi was conducting a traffic stop when the unidentified suspect drove his Honda Civic into the rear of her patrol car. Trooper Franceschi pursued the Honda as the driver sped down the emergency lane and the shoulder of the highway, past thick traffic. The Trooper was able to conduct a Pursuit Intervention Technique (PIT), pushing the Honda into a wall and making it impossible for the suspect to escape. According to the arrest report, the driver, identified as Raumel Quntero, mentioned he intentionally struck Franceschi’s patrol car. Trooper Franceschi sustained minor injuries following the crash. No other motorists were harmed. The suspect was charged with Aggravated Battery on a Law Enforcement Officer, Felony Fleeing and Eluding and Leaving the Scene of a Crash with Injuries.