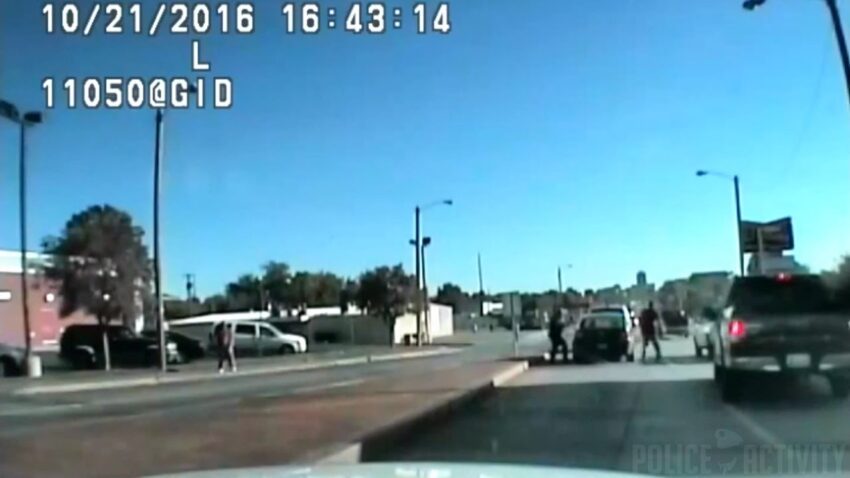 ** (Disclaimer: This video content is intended for educational and informational purposes only) **
The Tulsa Police Department has released video of a deadly officer-involved shooting that occurred last month. Police shot and killed William Frost Jr. Oct. 21 at the intersection of Admiral and South Utica Avenue. Officers said Frost, a veteran, was holding a knife and was shot after he refused to follow commands. Police said he was tased more than once before he was shot. “We had to do our job, and unfortunately in this instance, our job was to take fatal action,” Homicide Sgt. Dave Walker said in October. “But we tried many things before we came to that point.” The department identified the two officers involved in the shooting as 34-year-old Jim Brill and 29-year-old Lance Bond. Brill and Bond have been with the department for five years and four years, respectively.