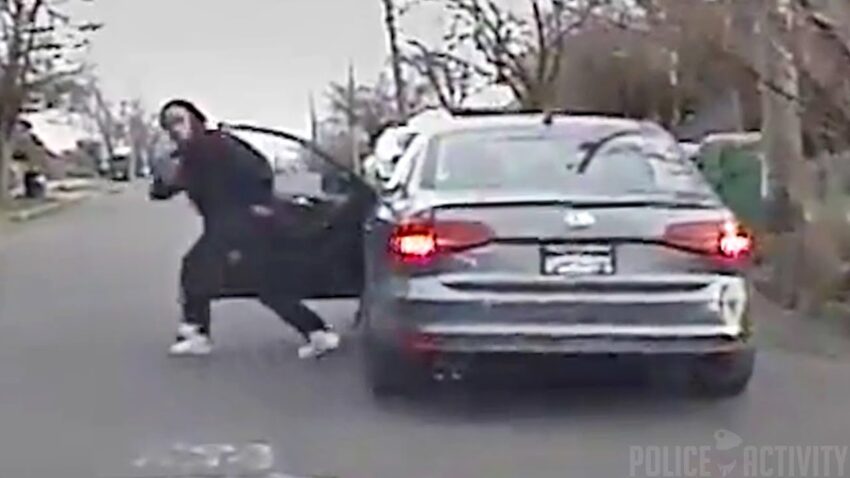 ** (Disclaimer: This video content is intended for educational and informational purposes only) **
“Top Notch” is in custody. Detectives investigating the robbery believe that the suspect is in fact the “Top Notch” robber and that he is responsible for at least two bank robberies and three commercial robberies. The suspect is the same man pictured in this previously published Blotter post (https://goo.gl/e3gmbd, https://goo.gl/cXrC5G). Detectives continue to work with local, state and federal partners to determine if this suspect is wanted for any other crimes in our region.
-A suspected armed robber was arrested Friday afternoon after he held up a man at gunpoint on Rainier Avenue and later fired a shot at officers as they pursued him through the Central District. Just before 1 PM, police received a report of an armed robbery in the 3300 block of Rainier Avenue South, where the suspect had reportedly brandished a handgun and taken another man’s cellphone. The suspect pistol-whipped the victim and one shot was fired during the incident. No one was hit. The suspect fled the scene in a silver Volkswagen Jetta*.

Officers Christina Bradley and Daniel Aguirre located the car a short time later in the Central District. Coincidentally, East Precinct officers were already present in the area as part of a neighborhood emphasis detail in order to respond to ongoing community concerns. While leading police on a brief circuitous chase through the neighborhood, the suspect collided with an unoccupied parked car. He then exited his own vehicle at 18th Avenue South and South Dearborn Street, where he fired one shot at Officers Bradley and Aguirre. Police quickly set up a perimeter and contained the area. With nowhere to go, the man surrendered. Neither the suspect nor any officers were injured. Several schools in the area briefly sheltered in place during the incident. The 29-year-old man will be booked into the King County Jail for the robbery and for firing at officers.