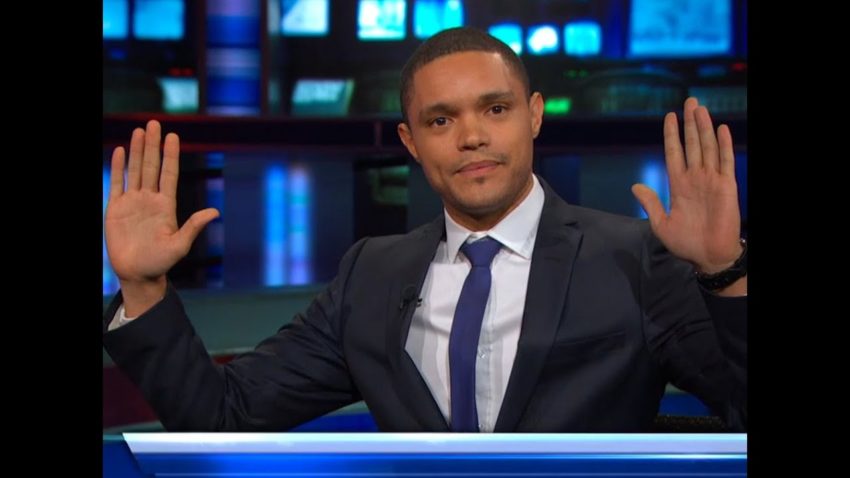 After getting off to a rocky start with the blogosphere for shitty jokes he tweeted several years ago, Trevor Noah has actually been doing a decent job as Jon Stewart’s replacement at The Daily Show. At least, that’s what I think from the 1.5 episodes I’ve seen. So it’s a shame that his career will probably take a hit from a fresh accusation of joke thievery.

As first mentioned by The Hollywood Reporter, Noah told a joke about racism during a short stand-up set at LA’s Politcon Saturday. Via THR (I’ve bolded the parts that seem super stolen):

Before I came to America, I thought I knew all kinds of racism. I’ve always considered myself something of a racism connoisseur. I appreciate the finer racism. Not to say I appreciate all racism, but a finer racism. Before I came here, blatant racism was my favorite. Blatant racism, where you know exactly where you stand, often perpetrated by old people, which I have always appreciated. They’ll just tell it to you like it is. “This is what I think about you!” Yeah, you’re going to die soon. Charming racism in America changed my life. I discovered it in a place called Lexington, Kentucky. Probably one of the most wonderful places I’ve ever been— charming, friendly people. Racism with a smile and a tip of the hat. I was walking through the streets, a man walked up to me, didn’t know me from a bar of soap, came straight up to me and looked me dead in the eye and he was like, “Good afternoon, nigger.” “Good afternoon.” I’ve never seen racism with a smile. I didn’t know what to do. He just said it like it was a fact. As if I fought him, he would have been like, “What, didn’t you know?”

This was a good bit, and everyone laughed.

Unfortunately, it was also extremely similar to a joke told by Dave Chappelle back in 1998:

Traveling has made me a racism connoisseur, if you will. You know, it’s different region to region. Anyone ever been down South? So you guys know what I’m talking about. The racism down there is just fucking (bon appetit gesture) — it’s perfect. Stewed to a perfection. It’s conformable. It’s out in the open. There are no secrets in Mississippi. Everybody knows the deal. ‘Morning, nigger!’ ‘Morning, sir!’ Not up here. Here in the big cities, it’s a secret. And we should be like them. We should keep our shit out in the open and vent a little — I mean with limits. You don’t want to say whatever comes to your mind, that might be a little much. White dude be walking down the street minding his business and a brother walk up to him: ‘Hello, you white oppressor, you slave-master rapist of Africa.’ ‘Why hello, my big-lips, spear-chucking friend.’ “

Did Noah rip Chappelle off on purpose, or did he hear the joke, absorb it, and then re-write it incorporating his own experiences, sincerely believing it was original?

Given what a rightfully huge taboo joke-stealing is in the comedy community, it’s more than likely the latter. Who’d be dumb enough to steal from someone as well known as Chappelle? However, it does bear mentioning that this isn’t the first time Noah’s been called out for alleged thievery. Back in April, comedian Russell Peters accused him of stealing jokes before walking it back and claiming that had been a joke, although it really didn’t seem like one at the time.