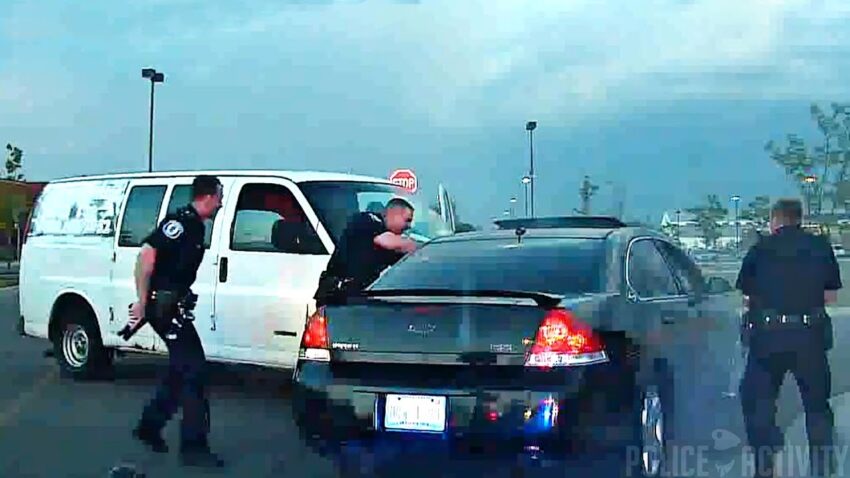 ** (Disclaimer: This video content is intended for educational and informational purposes only) **
A driver helped Ferndale police catch a fleeing suspect Friday night by purposely crashing head-on into the suspect’s vehicle, leading to his arrest. The suspect was charged with carrying a concealed weapon, possession of narcotics, third-degree fleeing and eluding, and driving with a suspended license. It happened around 9:30 p.m. Friday. While performing random checks on license plates out on patrol, a Ferndale officer discovered a vehicle owner was wanted on traffic warrants and his license had suspensions. The officer attempted to stop the suspect in a Chevy vehicle on eastbound 8 Mile Road near Livernois when the suspect took off. The suspect, accompanied by a passenger, sped on 8 Mile under he reached Woodward. There, a red light had the traffic ahead of him stopped and blocking his escape. He then proceeded to drive over the sidewalk, across an open area, then back onto Woodward. He fled south at around 80 mph.

As more patrol cars joined the chase, the suspect entered a bus terminal near State Fair, then came back out onto Woodward and fled northbound. The suspect then turned east into a shopping center parking lot near Woodward and 8 Mile. That’s when a man leaving the parking lot in his van spotted the suspect attempting to flee, and ran head-on into the suspect’s vehicle to stop him. The crash successfully stopped the suspect’s car, and the van ended up positioned against the suspect’s driver-side door, which stopped him from escaping. Police took the suspect and the passenger into custody, and recovered from the vehicle a stolen handgun with a 30-round magazine and 10 bindles of heroin. The gun had been reported stolen in Detroit. The suspect was arraigned by Ferndale 43rd District Magistrate Kim Wilson and his bond set at $85,000 cash surety.