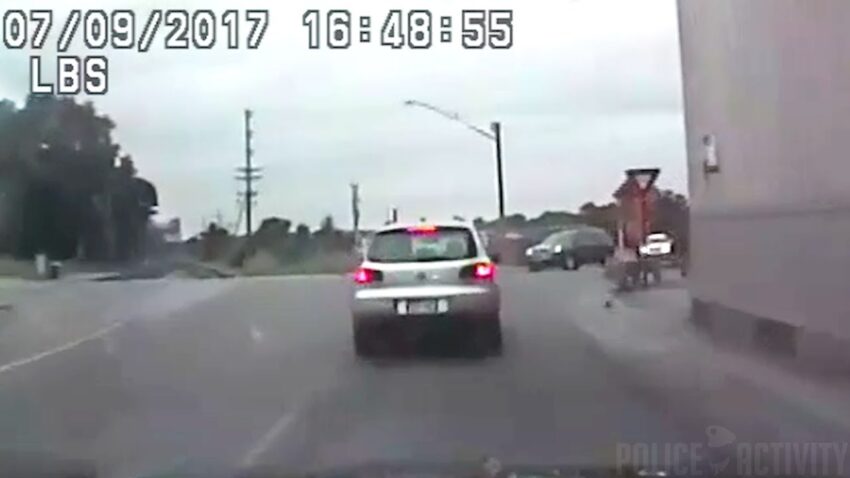 ** (Disclaimer: This video content is intended for educational and informational purposes only) **
On Sunday July 9th at approximately 4:50 PM La Crosse Police attempted to conduct a traffic stop on a vehicle that was reported as stolen the previous day. Officers initially attempted to stop the vehicle on 2nd St. at Grove St. The operator of the stolen vehicle (later identified as DeShawn Huff 08/28/1997 of Winona) accelerated, fleeing at a high rate of speed, south bound on 2nd St. with speeds exceeding 60 mph. The pursuit continued south onto Norplex Drive. Mr. Huff lost control of the stolen vehicle at the intersection of Norplex Dr. and Hood St. The vehicle jumped the south/west curb of that intersection and continued into the waters of Swift Creek.

After entering Swift Creek, Mr. Huff was able to get out of the car as it was sinking. Several officers waded into the water and threw rescue ropes to him. He was unable to grab the ropes due to panic and eventually was unable to stay afloat. The La Crosse Fire Department Dive Rescue Team and La Crosse County Dive Rescue Team arrived within minutes of the vehicle entering the water. Mr. Huff was retrieved from the water by the dive rescue teams and was immediately transported to the hospital.