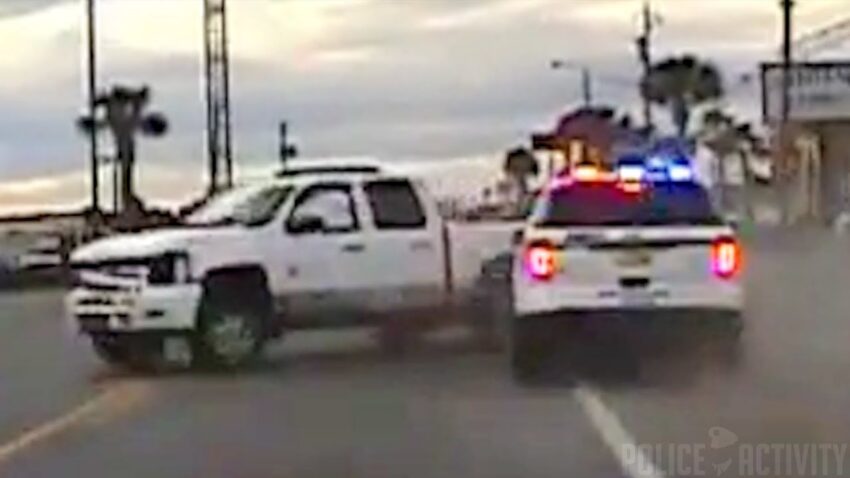 ** (Disclaimer: Video posted strictly for educational and information purposes only) **
A Minnesota man who is wanted for federal drug charges led police on a high-speed chase this weekend in Florida. Authorities say the man responsible has an arrest warrant issued from Moorhead. Thirty-five-year-old Ryan Swartley from Park Rapids is being held on a charge of aggravated fleeing, possession of less than 20 grams of marijuana and drug paraphernalia. He is also charged with violating probation after leading police on a pursuit through Panama City Beach on Saturday. Authorities say the speeds reached over 90 miles an hour. It all started when deputies spotted Swartley parked outside of a condo building. That’s when a deputy tried to pull him over, police say he then took off. Authorities used a pit maneuver to stop him, but not before Swartley allegedly crashed into two different civilian cars along with damaging multiple police cars. People who saw the chase say it was a frantic pursuit throughout the city. “This truck is going sideways, ping ponging onto some of these cars and we jumped out because he was coming close to us and the curb,” said eyewitness Greg Jones. Authorities say one person inside a car Swartley hit was injured from the chase. Police in Florida say they had been looking for Swartley for two weeks.