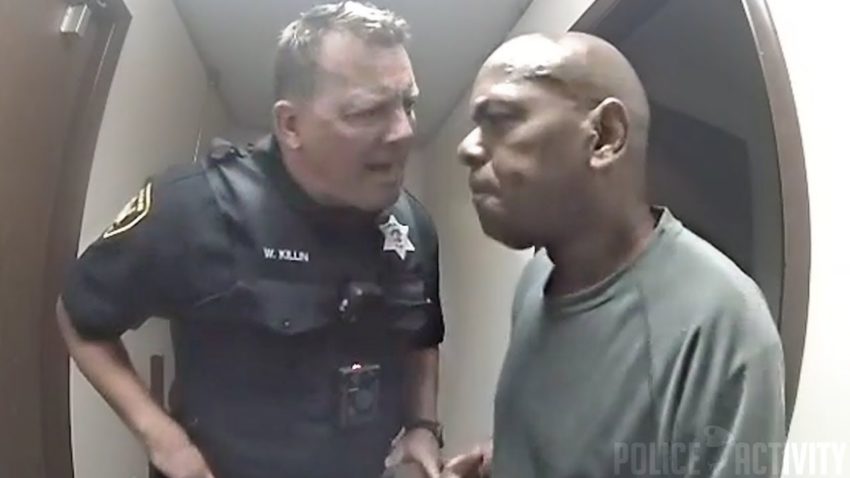 ** (Disclaimer: This video content is intended for educational and informational purposes only) **
Police released body camera video of an arrest to show exactly what happened after an excessive force lawsuit was filed. Alton Corey claims police officers showed up to his door and slammed him into a wall, leaving him hurt and bloodied. He filed an excessive force lawsuit against the city of Champaign and the two police officers involved, William Killin and Dillon Holloway, because of what happened. Corey was arrested in October for battery against a police officer. That charge was later dropped. Now Corey is coming back with the suit saying the officers were the ones who should be held responsible for what happened to him. The city says they released the videos because they want to be transparent about what happened. Corey claims the officers’ actions leading to his arrest were unreasonable and deliberate. October 17, 2017, officers knocked on Corey’s door, responding to a dispute call between him and another person.

Corey opened his door and the interaction between him and the officers quickly escalated both verbally and physically. In the police report, an officer states he was trying to calm him down but Corey continued to yell and swear at them. One of the officers tells Corey to look at him, but he refuses and throws his arms up. That’s when you can see an officer push him. Corey says both officers grabbed him and slammed him face-first into the door and onto the floor, leaving him with face and shoulder injuries. He claims this use of force was unjustifiable under the circumstances. Because the lawsuit is ongoing, city leaders say they cannot comment about Alton’s claims against the police officers involved, but say they are thoroughly reviewing the details of this case.