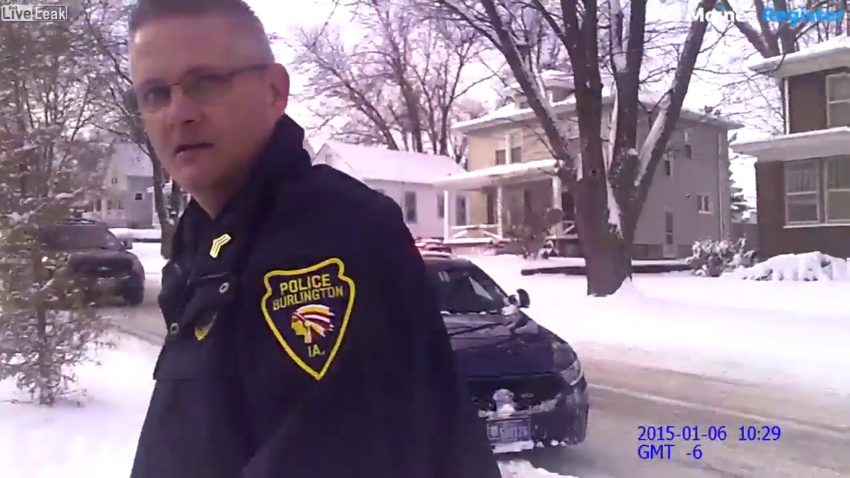 Des Moines, IA – After a three-year court fight, a federal judge has forced the release of body camera the Burlington Police Department didn’t want you to see.

It stems from a report of a domestic dispute between Autumn and Gabriel Steele in January of 2015. The responding officer, Jesse Hill, says he was attacked by the couple’s German Shepherd and slipped in the snow when he fired at the dog.

The bullet hit Autumn Steele and it killed her.

According to court records the dog bit Officer Hill in the leg. He was eventually cleared of any wrong doing in the shooting.

However, his comments following the shooting showed he is fearing arrest over what happened. “I pulled my gun and shot it and i hit her,’ ‘oh, my god, no. Oh, f—, tim. S—, tim. I`m f——–going to prison, Tim.’

The city settled a civil lawsuit over the death earlier this year, paying the hill family $2 million.