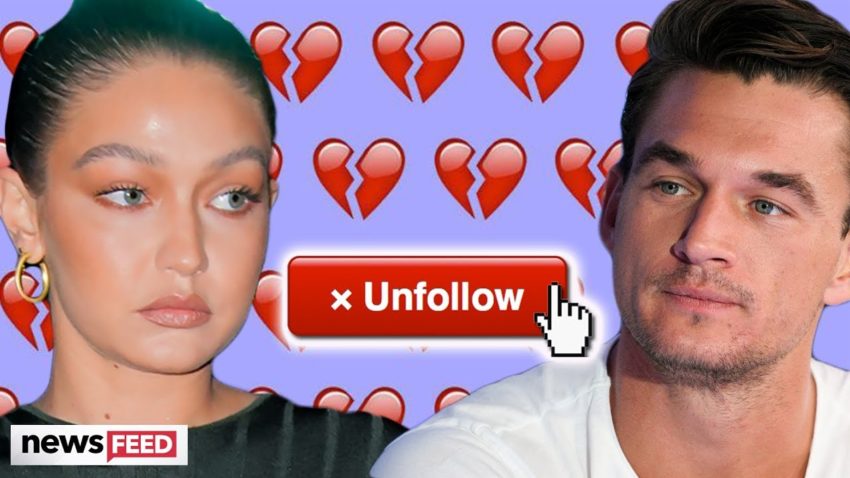 Today is National “Single Day” and Gigi Hadid is celebrating by showing the world that she is better off by herself, thank you very much.

Gigi and Tyler, or “Gyler”, as we never got the chance to call them, were pretty standard as far as summer flings go: They had staycations on Jones Beach Island.

They went to food trucks for a quick bite to eat.
And they traveled to the Netherlands for Gigi’s grandma’s funeral.

Well, the sun is setting way earlier, and Love Island has been deserted once again. Gigi is confirming that her relationship with Tyler is done for good.

That’s because as of this past weekend, Tyler Cameron and Gigi Hadid no longer follow each other on Instagram.
Show them not following each other.

You know, the universal sign that a couple has broken up for good and there is no turning back!

A source close to Tyler said “Tyler still thinks of Gigi as a friend. They were really close, and he still likes and respects her, even though the romantic portion of their relationship is over”.

I have to say, I don’t really know how legit that is. I certainly wouldn’t unfollow a recent ex if we were (air quotes) “still friends” and “respected”.

Plus, “the romantic portion of their relationship is over” is a pretty roundabout way of saying that they broke up!

Here I was thinking that it was pretty serious after they went to her Grandma’s funeral together.

But I guess it couldn’t have been THAT big of a deal, since Anwar brought his brand new girlfriend Dua Lipa to the funeral as well.

We kind of already knew that Gigi and Tyler’s relationship was over. In late October, he gave a statement about the split, saying “It wasn’t like a bad breakup or anything like that. It was just, we’re at different parts of our lives right now. We’re just friends”.

So I guess they’re really sticking to their “just friends” guns here.

Which has been the case since first reports of their breakup in late September. During Paris Fashion Week, Gigi was booked and busy, doing what models do, across the pond in France.

Meanwhile, Cameron was left in his new home in New York, using his newfound fame to book interviews with Entertainment Tonight.

And in that interview, he referred to Gigi as his “friend”, and called her “good people”.

It wasn’t shortly after that, that another source told Us Weekly that the two had broken up and that Tyler is single.

So while they only casually dated for a little under two months I still hope that they at least had a little bit of fun together.

I mean, they even managed to take a weekend trip to upstate New York together in August. But honestly, even though it didn’t work out, dating Gigi might have been the best thing that could have happened to Tyler.
I mean, before that he was really just a Bachelorette star. And sorry to all the bachelor fans out there, but bachelor stars are a dime a dozen.

Most of them you never hear from again, except for that girl Bekah whose mom thought she was missing because she forgot to tell her that she was going on a reality show.

But now, Tyler has surpassed “bachelor” stardom, and is well on his way to normal stardom!

That is, if he plays his cards right. And dating a Hadid sister is definitely a great first step.

And then making an appearance at the People’s Choice Awards this past weekend definitely helped too.

He was also recognized by the Chicago Bulls after he shared a video showing his support for the basketball team.

But what’s next for Tyler? Well, maybe another celebrity girlfriend!

I know Anna Kendrick is also a big fan of the reality series.

But if Tyler can’t find love in New York, he might be shipping back to the Bachelor house in 2021.

He’s expressed before that he was interested in being the bachelor the next time the series rolls around.

And seeing as he’s one of the most likable, and one of the most well known contestants in recent history, it seems like he definitely has a good chance at making that happen.

But not when he was still an item with Gigi.

And he’s certainly making sure he stays in tip top shape, should that next casting opportunity roll around

He was spotted running the New York City marathon earlier this month, long after his split with Gigi.

So it’s nice to see that he’s enjoying his new home. He only recently moved to New York full time while he was still dating Gigi. I definitely don’t see him going anywhere anytime soon.