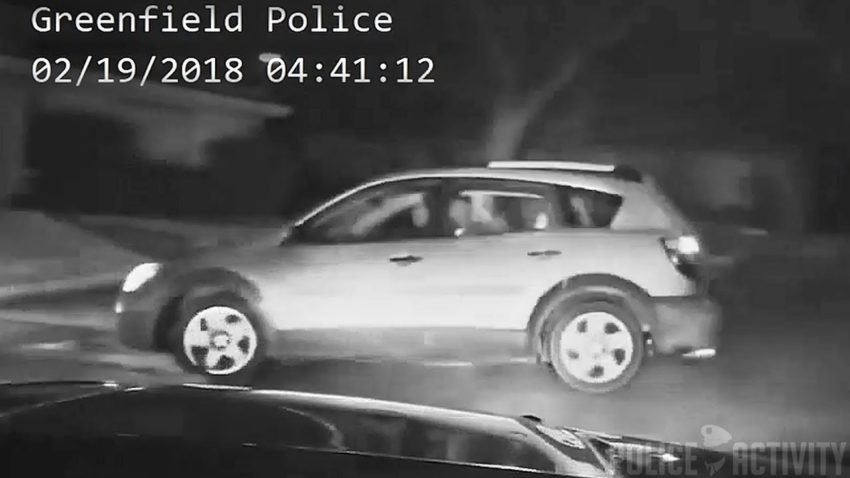 ** (Disclaimer: This video content is intended for educational and informational purposes only) **
Five people, three juveniles and two adults, were taken into custody early Monday morning, Feb. 19 following a police pursuit by Greenfield police involving a stolen vehicle. The pursuit ended after the vehicle crashed into a home on Milwaukee’s south side. According to authorities, just after 4:30 a.m., a witness called police to report theft from vehicles in the area of 34th and Francis. When officers arrived on the scene, the suspects ran to a waiting vehicle — and the pursuit was underway. A PIT maneuver was initiated near 13th St. and Ohio Ave. After several attempts by officers, one finally connected. “Had the driver given up at that point, the vehicle would have come to rest. Instead, we believe she accelerated away and performed some steering maneuvers which caused her to crash into a house,” said Sgt. Robert Austin of the Greenfield Police Department. The car landed on the front steps of a home. The collision caused broken windows, cracked front steps and destroyed the garden at the home. The homeowner, her husband and her 1-month-old child were inside at the time of the wreck. For safety reasons, she did not wish to be identified.

“Woke up with the baby, walked out of the room, heard those sirens, and heard the big bang. I got really scared,” the homeowner said. Not long after, police arrested the car’s occupants. Their ages range from 15 to 18 years old. Police also said the vehicle involved in the pursuit was stolen and also had plates from another vehicle on it. The homeowner told that the shooting happened outside of her home a few months ago. For her, this was the last straw. “Hopefully patch everything up and try to see if I can sell the house. I’m ready to go somewhere else safer,” the homeowner said. Nobody inside was hurt. Police said five people were taken into custody. Three were taken to the hospital. Three of the five suspects apparently had run-ins with police before — both cases involving stolen cars.