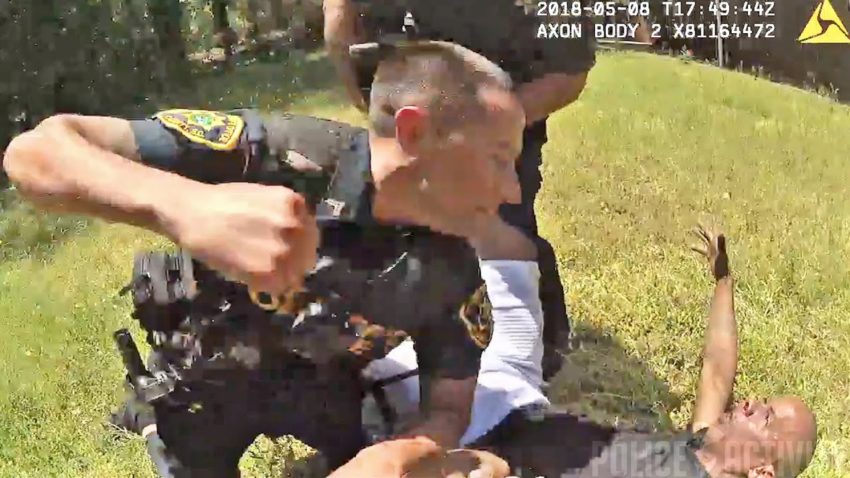 ** (Disclaimer: This video content is intended for educational and informational purposes only) **
A man says Greenville County Sheriff’s Office deputies used excessive force during an arrest; however, the Sheriff’s Office disagrees. The Sheriff’s Office says they’ve had seven excessive force complaints so far this year, which is ahead of last year’s pace. Curtis Forney, 46, is included in those complaints. He was arrested May 8th and filed his complaint in June. However, last month, the Sheriff’s Office decided his claims were unfounded. Incident reports say deputies responded to a home in Berea after a 911 call for a domestic disturbance. Deputies say they visited the home earlier that day for a similar call. In a witness statement, the woman who called 911 says Forney trespassed at the home they used to share, entered her home through a window, and gave her a hug and said he loved her before going back outside when he realized she was on the phone with law enforcement. When he exited the house, body camera footage Forney received from a discovery motion shows a deputy waiting, telling him to get on the ground. Forney can be seen in the video questioning the deputy, but the incident report says he did comply. After a few minutes, a second deputy arrived. The video shows that deputy running up to Forney, who’s on the ground with his hands behind his back, cursing him, and punching him in the face. In his incident report, the deputy claimed punching Forney was the only way to keep his position over him because he was afraid Forney may flee.

“I was kind of fearing for my life…I was nervous, and I was scared,” Forney said. Deputies tased and arrested Forney. He said he suffered physical injuries including broken ribs and black eyes, and he says he now has to take medication for his heart and blood pressure after being tased. Forney faced five charges that are now pending. Deputies signed warrants for harassment, burglary, domestic violence, trespassing, and resisting arrest with injuries because the deputy who punched Forney said he hurt his right hand while Forney was trying to flee. “You’re going to beat me, then charge me with hurting your hand…That’s sad,” Community activist Bruce Wilson said. “That should never happen, and it needs to stop.” Wilson has been working with Forney and says the situation was wrong. “Watching a man who’s being arrested not fight, not flee, not curse, not do anything other than what the officer tells him to do, then to be beaten on, that’s excessive force,” Wilson said. “It was unnecessary.”

Forney says he’s the victim. He says he would like to see justice in his case, and Wilson would like the Sheriff’s Office to take another look. “I would hope moving forward when we receive these types of complaints that they’re truly investigated versus just glossed over, trying to put it away saying nothing happened,” Wilson said.