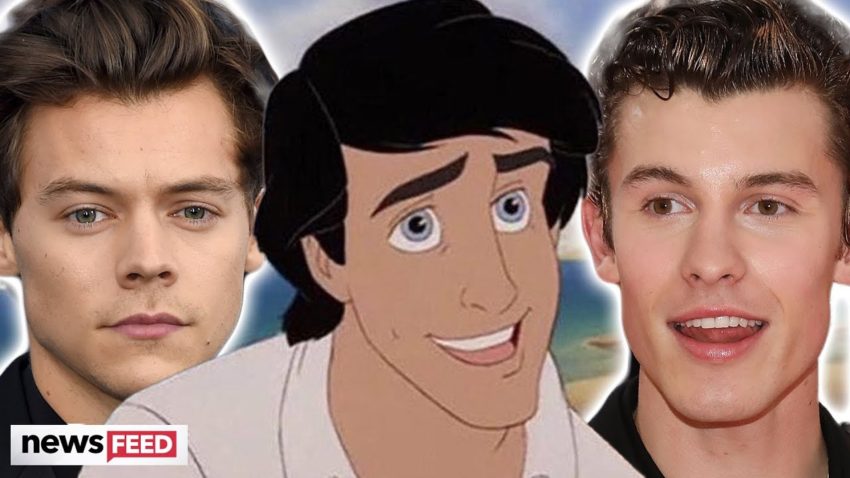 He may not be Harry Styles, but the new Little Mermaid: Live Action prince is still British and still hot, so let’s talk about your new heartthrob, Jonah Hauer-King, shall we?

What’s up guys, it’s Sussan Mourad back here on Clevver News, and although some of us here at Clevver have yet to find our Prince, it’s officially Disney’s time to shine, and we’re totally ok with that.

After what seemed like an eternity of back and forth negotiating as to who would reign as Ariel’s prince, Disney’s live-action remake of The Little Mermaid has officially dubbed 24-year-old British actor Jonah Hauer-King as Prince Eric.

Although fans were rooting for Harry Styles to secure the role, and then eventually Shawn Mendes, sources previously told E! News, “While Harry is a fan of the project, he has respectfully declined the offer.”

Harry eventually spoke out about the role back in September, saying, “I want to put music out and focus on that for a while.

But everyone involved in it is amazing… So I think it’s going to be great. I’ll enjoy watching it, I’m sure.”

We can’t complain too much since 1. Harry has already started to put out music with an album soon to come and 2. Have you seen this hot British dude? I’m a fan.

But if you’re wondering where Jonah hailed from, he’s recent roles include A Dog’s Way Home and Little Women, so he’s building up quite the resume.

Next thing you know, Jonah will be the next Noah Centineo so you heard it here first, guys.

Jonah will be starring alongside Halle Bailey, who secured the leading role of Ariel, Jacob Tremblay, Awkwafina, and rumors have been heavily circulating that other A-Listers, including Melissa McCarthy and Javier Bardem, will also be joining the cast.

But back to Jonah, because duh. Before you get to wondering, I should let you know that YES, he can also sing. Oh, and we have proof.

Yeahhhh, I could fall asleep to that every night.

It was only after his second screen test that Jonah was selected for the role, his most recent being last weekend, so this is just added proof that news travels wicked fast in the land of Hollywood.

But one thing we ARE well aware about is that people are going to have opinions on the matter, because of course they are.

That said, the majority of fans are living for the casting, and have already dubbed this kinda-sort-unknown Brit as their new obsession… then again I kinda don’t blame them.

Tweets are flooding in with messages, like, “thinking about jonah hauer-king and his softness and bright blue eyes.”

And this one, saying, “Jonah-Hauer King bout to be a fine ass Prince Eric. I’m here for it, stay mad.”

But for those who are hating, the support tweets are just as powerful. Fans are praising the fact that a not-so-well-know actor will finally get the recognition he deserves.

One user wrote, “if you’re mad that jonah hauer-king is prince eric because you don’t know him, you’re dumb! there are tons of incredibly talented people who don’t get the recognition they deserve. being well known does NOT equal being good for a part. he’s gonna kill it!! also look at him.”

Well I don’t know about you guys, but I’m kinda sold on this decision. Plus, do we really recall a BAD decision made by Disney?

That said, I still wanna hear all your thoughts on the new Prince Eric… do you think this role will put Jonah on the map? And just for the fun of it, who else would you have loved to see Under The Sea?

Share all your thoughts down here in the comments, and after that, you can click right over here to check out another news update, and while I have you here, don’t forget to hit that subscribe button and click that bell for all the latest chatter.

As always, I’m your host Sussan Mourad and I’ll catch ya later.