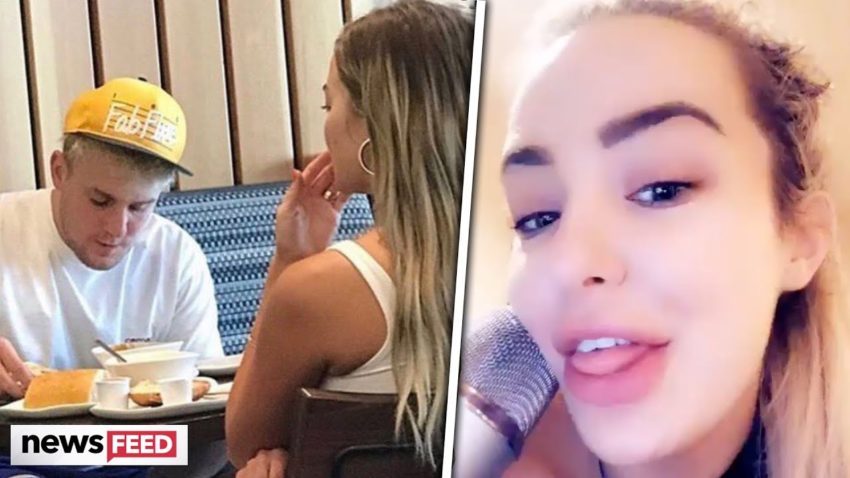 You know when you go on the internet and see something that you really wish you hadn’t? Well, that’s what happened to Tana when she saw her husband Jake Paul …. Getting comfy with his ex girlfriend ….

Yep, you heard that one right… JERIKA Reunited… and Tana did NOT feel soo good about this!

What’s up guys it’s Sussan Mourad here with Clevver News and I hope you all made the most of your weekend because Jake certainly enjoyed his.

In between getting 5 new tattoos

And uploading a video of a 5 year old breaking his leg,

You know, the girl that he broke up with less than a year ago?

And then made a video about said breakup?

Well, Tana found out they had lunch together and made a video herself:

Yeah, she found out about her husband’s whereabouts on Twitter after fellow Drama YouTuber, Keemstar, posted this picture to the interwebs!!

She tweeted “lmao wtf” right after finding out

And then who else but Logan Paul commented “huge actually”

And Jake’s brother isn’t the only one chiming in.

Tana revealed the reason why she was not able to join Jake on their honeymoon, sadly her grandma passed away and that is the family emergency she mentioned on Twitter.

No word from Jake yet but he’s supposed to do a Q & A at some point!
And I think we know the one question on everybody’s mind.

Is Jana still a thing?

That is TBD… but I’m so curious… why were Jake and Erika out to lunch together? WHy didn’t Tana know? Actually… and WHY DID SHE HAVE TO FIND OUT ON TWITTER of all places!

Would you be mad if your significant other went to lunch with an ex? And you found out about it online?? Anyway, tell me your thoughts in the comment section below.
And you guys, I’m sure there is going to be a lot more on this this week, and you want to keep updated right?? Well, hit that subscribe button and also hit the bell so you will be the first to know when we get some more details on all this.
Also catch up on all the latest celebrity tea and youtuber tea right over here. Thanks for hanging with me, I’m Sussan Mourad and I’ll catch ya laterrrrrrr