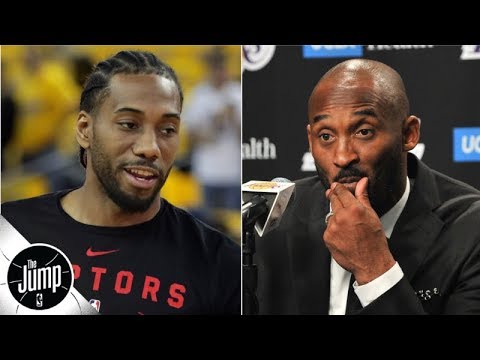 Rachel Nichols, Zach Lowe, Richard Jefferson and Channing Frye head to “Crunch Time” to talk about Andre Iguodala saying he will be back with the Golden State Warriors “for sure” next season, Dirk Nowitzki supposedly eating and drinking everything in sight since retiring from the Dallas Mavericks, and Tony Parker announcing his retirement after a storied career with the San Antonio Spurs. They then (2:01) discuss Steve Kerr’s comments on Kevin Durant’s injury ahead of Game 5 of the 2019 NBA Finals, and (4:40) whether Toronto Raptors star Kawhi Leonard will tie Kobe Bryant for third on the all-time list of 30-point playoff performances, which would place him behind Michael Jordan and Hakeem Olajuwon — but could mean he’s won another NBA title.
#TheJump