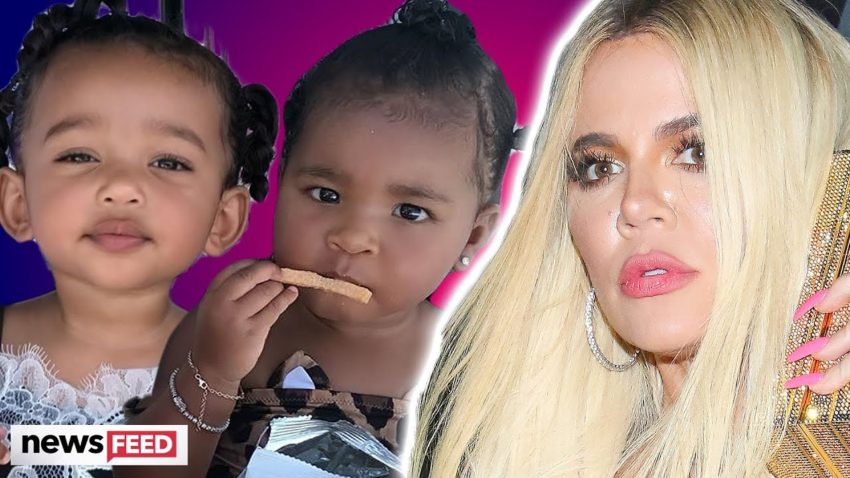 The mommy shamers are out and on the hunt for Khloe Kardashian for introducing her one-year-old daughter True Thompson to “diet culture.”

What’s up guys, it’s Sussan Mourad back here on Clevver News, and another day, another pack of mom-shamers who are out to feast on Koko for dinner with no leftovers after an innocent photo took a turn for the worst. But first off, can I just say that Vacation-True and Vacation-Chi with their hands knuckle deep in a bag of Cheetos and Veggie Straws is a whole MOOD and don’t @ me.

To be honest, thats kind of the way I spend most of my weekends, but rather on my couch than on a fancy vacation… but moving on.

Speaking of the photo in question, Khloe clearly had no idea what she was getting herself into when she posted an adorable set of photos (yes, adorable. I said it.) of True Thompson and her cousin Chicago West living their best 12-month-old lives on vacation in the Bahamas. The caption that stirred up a whole mess of backlash was Khloe’s attempt at being #relatable (mind you, on a photo with a buncha infants with savings accounts worth more than my entire existence, but ok).

Alongside the photos, she tweeted QUOTE, “Chi: I heard my mama say ‘vacation calories don’t count’. True: don’t tell me twice Chi.” Ok not gonna lie, I giggled, I felt that, and I moved on. And man do they look cute! But Twitter, on the other hand? Naaaahhhhh…. They were out for blood.

One Twitter user wrote, “hey not trying to be a bitch and i completely understand this is a joke, but even things said in passing can have massive affect on young minds. be careful what you’re teaching! counting calories is rarely a healthy thing, if ever!” Another user got straight to the point, writing, “that’s fucked up”. Oh.

On the contrary, many took this comment as nothing more than just a lesson on “healthy eating habits.” Meanwhile, a select few also clearly decided to dive REAL deep into the photo and slam Khloe for letting her kid drink from a plastic straw. One activist wrote, “hard to be mad about #plasticstraws when these bbs are literal perfection (but seriously, let’s teach the next generation about #sustainability so they have a planet to live on k thnx bye).”

So to sum it up, Khloe’s comment section on Twitter is going off so I suggest you do yourself a solid and steer clear, and maybe go look at photos of puppies or something. But if you have it in you, I’m still curious to hear your thoughts and get your take on this whole debacle, so get to sharing down here in the comments.

And you guys, if you’re a snacks and potato chips monster like me, one thing I know that goes perfectly when you Kick back and snack is Clevver News tea. But you already know that. Hit that subscribe button right there. I’ll wait. And hit the bell. Then you can do the whole netflix and chill thing but Clevver News and chill while you catch up on all the latest tea right here. I’m Sussan Mourad and I’ll catch ya later.