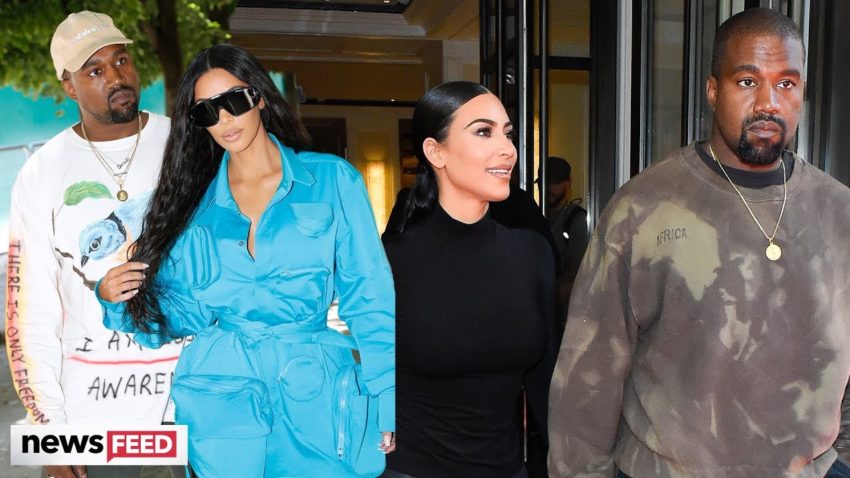 Just when you thought there couldn’t possibly be more baby news this week, the Kardashian-West clan came in like a wrecking ball, as their fam is about to get a little bigger…

What’s up guys, It’s Sussan Mourad here with Clevver News and it was JUST reported last night that Kim and Kanye’s surrogate, carrying their fourth baby, is officially in labor. Aside from TMZ, it was none other than fairy godmother, Ellen Degeneres, who broke the news in the cutest way possible.

During yesterday’s taping of the Ellen Show, Kourtney Kardashian and 6 of the family’s offspring surprised Kris Jenner during her co-hosting gig to let her know that she’s about to be a grandma. Although we’re taking the whole “KRIS JENNER HAD NO IDEA” shocker with a grain of salt, the reveal is actually really adorable, so check it out:

Although rumors were said to be false earlier this week that the West baby was well on its way, fans were in for quite the surprise tonight. Ellen followed up the sweet surprise with well wishes, tweeting, “I surprised @KrisJenner with 6 of her grandchildren. Then I surprised her with one more. Sending love to you, @KimKardashian and @KanyeWest!”

And now we’ve got word from Kim K herself saying that quote, “He’s here and he’s perfect.”

News that Kim and Kanye were expecting their fourth child was first reported back in January, and Kim, herself, even went as far to confirm the news on Andy Cohen’s Watch What Happens Live.

And on an episode of Keeping Up With the Kardashians Kim revealed that Kanye wants to have “seven kids,” so this fourth baby might not even be the last.

While we know their fourth baby is a boy, we don’t know what his name is going to be quite yet. A source told Hollywood Life that, “She’s narrowed down names. But she likes to meet the baby before she makes her final decision.”

Kim did mention that she was considering naming their fourth child Robert, after her late father and brother, but it was just an option at that point. The name Robert was also seen in a snap of name suggestions from Kim’s over-the-top CBD themed baby shower.

But I’m sure it won’t be long before KKW reveals her baby’s name and our Instagram feeds are bombarded with literal perfection that is the West offspring. For now, I wanna hear from you guys! Any guesses on what the baby’s name will be? Pretty sure it won’t be another direction or major US city, but hey, the West’s are always in for the shock value. Share all your thoughts in the comment section below and hit me up on Instagram, Twitter and YouTube at Sussan_Mourad After that click right over here to watch another new video and don’t forget to subscribe to our channel and click that bell so you never miss an update. Thanks for watching and I’ll see you soon.