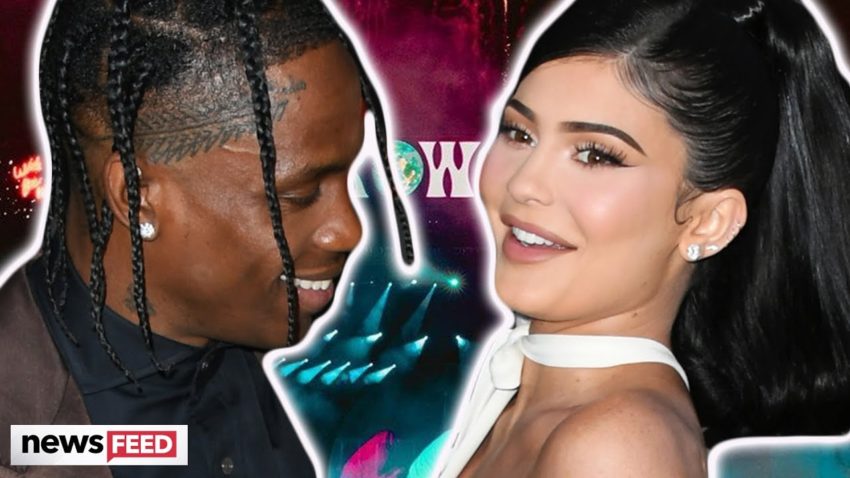 So remember when Kylie Jenner and Travis Scott “broke up” a few weeks back? Well, we gotta say, this ex couple still spends a lot of time together and we’re not mad about it! What’s up guys, It’s Erin Robinson here with Clevver News and Kylie was spotted, WITH STORMI, at the Astroworld festival in Houston this weekend supporting Travis Scott. So what happened to their breakup??Ok, before we get too excited here… Sources close to Travis told TMZ that the ex couple is definitely NOT back together, but it was important to the rapper to have Kylie and their daughter in Houston for his second annual festival. Kylie also attended the event last year. And Stormi being there meant the world to Travis. The 28 year old rapper grew up in Houston, which is why he holds the Astroworld Festival there every year. And Travis takes any chance he gets to show Stormi Texas. Plus, who would want to miss THIS PARTY! That setup was LIT!That’s actually SO sweet. And honestly, we’re super happy Kylie and Travis have committed to staying friends after their breakup. We know all too well that doesn’t always happen… in celeb life and in real life, am I right??These two seem to have coparenting figured out!When Travis dislocated his knee after falling on stage at Rolling Loud a few weeks back, Kylie was nothing but supportive. Travis canceled a show in Vegas and recovered at Kylie’s house in Calabasas while he talked with surgeons in LA. And Travis occasionally pops up on Kylie’s instagram too, despite their hiatus. They took Stormi to a pumpkin patch last month too!And we know Stormi just ADORES Travis… maybe even more than her mommy. You guys saw this video, right? Stormi’s jamming to Kylie’s viral hit, “Rise and Shine” but immediately wants to listen to her daddy? It’s too cute. Oh, speaking of Rise and Shine… Kylie went on instagram to set the record straight on these rumors that she’s suing people who are trying to capitalize on the crazy success of the little tune.

MTV Australia reported that the reality star’s team sent a cease and desist letter to a small Aussie company called Case Clothing who had been selling these T-shirts since 2017. The company reportedly said, “Unfortunately, we just don’t have the money to fight something like that and she has enough cash to take us down. It’s not worth it.”

But Kylie is singing a different tune. She tweeted: Lies, lies, lies. Never did this. Wow.And she took to Instagram yesterday to clear up this story, and other rumors saying she’s going after business. Also “There are no lawsuits, no cease and desist letters. Happy Sunday”Ok, so no letters. But to be fair, Kylie DID try to trademark “Rise and Shine” after she went viral. According to TMZ, she filed all the legal paperwork to officially own the term, including merch. She’s already selling hoodies, and is reportedly hoping to expand to belts, jackets, swimsuits, pretty much anything! And of course, cosmetics. Can you imagine a Rise and Shine eyeshadow palette! Or Rise and Shine lip kit! The possibilities are endless! However, her fans may not be jumping at the bit to purchase said products. In fact, some people on Twitter REEMED the reality star for the move. But hey… others were super excited to get their hands on that 65 dollar hoodie! I think we can all agree that Kris Jenner has taught her daughter well!
But what do YOU think?Let’s start with Rise and Shine… Would you buy anymore merch from the viral tune, or are you tapped out at this point. And more importantly… What’s going on with Kylie and Travis? Do you really think they can keep this friendly breakup thing going? Or do you think they’ll get back together?Let us know in the comments below and don’t forget to subscribe to Clevver News for all the latest on these two and more!

I’m Erin Robinson, thanks for hanging out! See you next time!