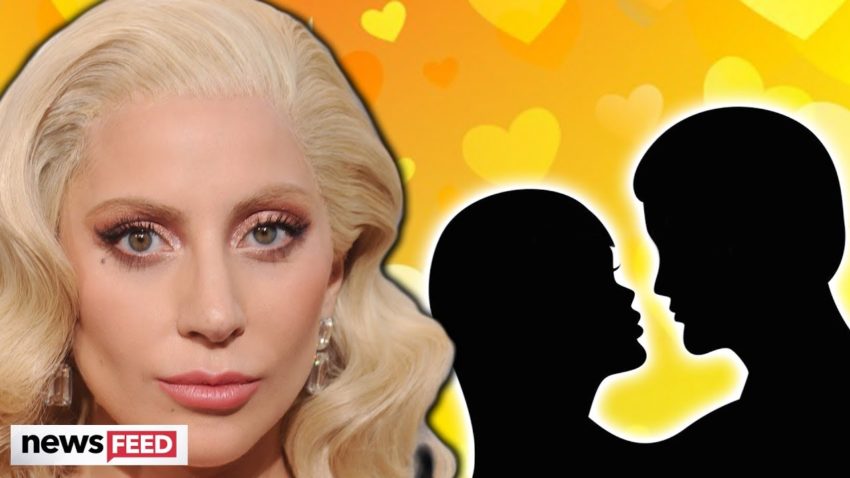 The Internet has finally cracked the code on Lady Gaga’s new mystery man after she was spotted getting cozy with him multiple times over the past few weeks, which only raises the question of ‘Where do we find ourselves one of these guys?’…

What’s up guys, it’s Sussan Mourad back here on Clevver News and I’d assume your Monday may be a little slow due to yesterday’s activities, but trust me when I say you’ll wanna hear this.

Ok, so the Internet basically freaked out on Saturday when they came across a second sighting of Lady Gaga and her new mystery man kissing on a hotel balcony in Miami prior to her Pre-Super Bowl 2020 concert.

Not gonna lie, it was really an exciting time for a lot of us who haven’t seen much of these two since fans first spotted them making out with at the NoMad restaurant in Las Vegas on New Year’s Eve.

The two left the hotel hand-in-hand to get into a car.

That said, it was only a matter of time until the internet did what the internet does best, and cracked the case on this mystery man.

According to Us Weekly, Gaga’s new boyfriend is a Harvard University graduate and Parker Group CEO named Michael Polansky…

First Rihanna’s billionaire boyfriend, now Gaga’s Harvard CEO… seriously, there’s no way they can be finding these guys on Bumble.

Anyway, Gaga has been keeping her relationship with Michael very private, as she should, but after doing even more digging around, Page Six also noted that he is also an entrepreneur and investor who runs Facebook co-founder Sean Parker’s Institute for Cancer Immunotherapy.

Sources said that he and Gaga have more than likely known each other for a while through events Sean has hosted at his LA mansion including for his foundation.

It seems like this guy really is the real deal as insiders revealed QUOTE, “Michael is a really smart guy, a very serious guy, who has always been low key. People are saying Gaga would have met him through events Sean Parker has hosted at his house, including the launch and other events for the foundation. Sean also had a party for his birthday in LA in December and both Gaga and Michael were there.”

According to the source, Gaga and her man have been “out and about in Los Angeles and spending a lot of time at her house. She’s taking him everywhere she goes and they don’t want to be apart.”

And just like a supportive S-O would do, Michael was also present during Gaga’s AT&T TV Super Saturday Night Show at Miami’s Meridian at Island Gardens venue.

He was seen watching her show on a VIP balcony and even chatting it up with Gaga’s mother.

So I’m no relationship expert, but I do know that if you’ve got mom’s seal of approval, then this is basically a done deal.

Just two months prior to her New Year’s Eve kiss, Gaga had called it quits with audio engineer Dan Horton, who she dated after her split with Christian Carino in February of last year.

Gaga and Dan became close while working on music together, with a source telling Us Weekly QUOTE, “They’re working very closely together at a home studio in Hollywood, and sparks just started flying….They seem like a pretty good match.”

However, a direct quote from the source shared details about their breakup being called off due to Dan’s maturity level, saying, “Dan was not mature enough for her,” but that Gaga “does want to date again.”

Clearly this move just made way for the right person to find his way into her life because in came the Harvard University CEO.

Gaga seemed to be in great spirits during her Super Bowl pre-show over the weekend.

On that note, I wanna hear all your thoughts on Gaga’s new boyfriend… do you think keeping her relationship on the DL is the key to success?
And seriously, if ANYONE knows where to find a Harvard grad CEO, I know a lot of people on the market. Let me know your thoughts in the comment section below.
And while you’re down there leaving comments, let’s not make this relationship a bad romance, hit that subscribe button right over there and lets make this YT official.
Then click that bell so you never miss an update and click right here for more clevver news.
Thanks for checking in with me here on Clevver News, I’m your host Sussan Mourad and I’ll see ya next time!