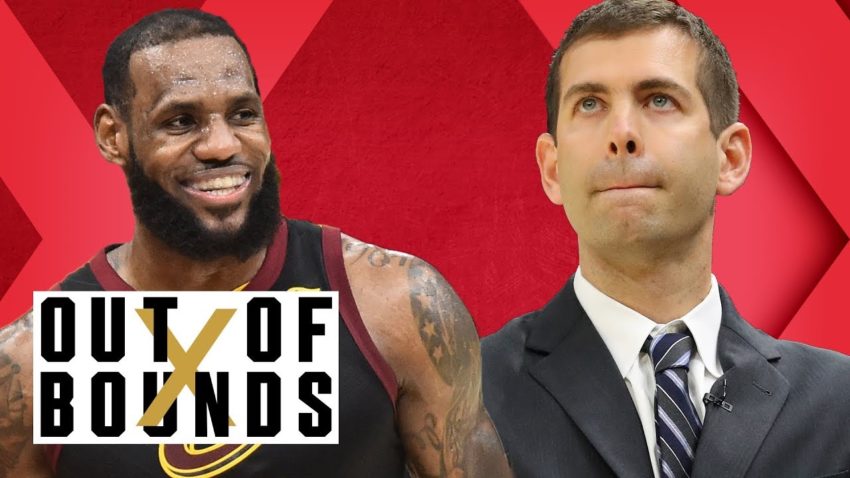 On today’s episode of #OutofBounds, Gilbert Arenas, Adam Caparell, and Pierce Simpson discuss LeBron James breaking the record for the most playoff field goals made, as the Cavs beat the Celtics 111-102 in Game 4 to even the Eastern Conference Finals. Gil explains why the loss is a bad sign for the Celtics despite Boston still having the home-court advantage, before asking if rising star Brad Stevens is actually overrated as a coach.

Continuing the LeBron talk, in “Fair or Foul?” the crew weighs in on an effort to raise $1 million on GoFundMe to commission a life-size statue of high-school-aged King James in Akron, Ohio. Is it OK to erect a monument to a player while they’re still playing? Will doing so affect whether LeBron decides to stay in Cleveland? Also, the guys give their picks for players who deserve statues, and Gil has some slander for Adam’s Knicks.

Looking ahead to tonight’s Game 4 of the Western Conference Finals in Oakland, OOB asks if Warriors superstar Steph Curry, who exploded for 35 points in a Game 3 blowout win, is officially back. The team also reacts to Rockets coach Mike D’Antoni’s eyebrow-raising comments about the pressure being greater on Golden State and Houston bringing its “A game” in Game 4. Plus, Gil explains what bench players are thinking at the end of lopsided games.

Finally, league documents reportedly show that several NFL teams consider Colin Kaepernick — who remains unsigned — a legitimate starting QB. Debate heats up as the squad asks if these documents increase the likelihood of Kaep winning his collusion case against the NFL, as well as what the case has revealed about NFL teams’ priorities.