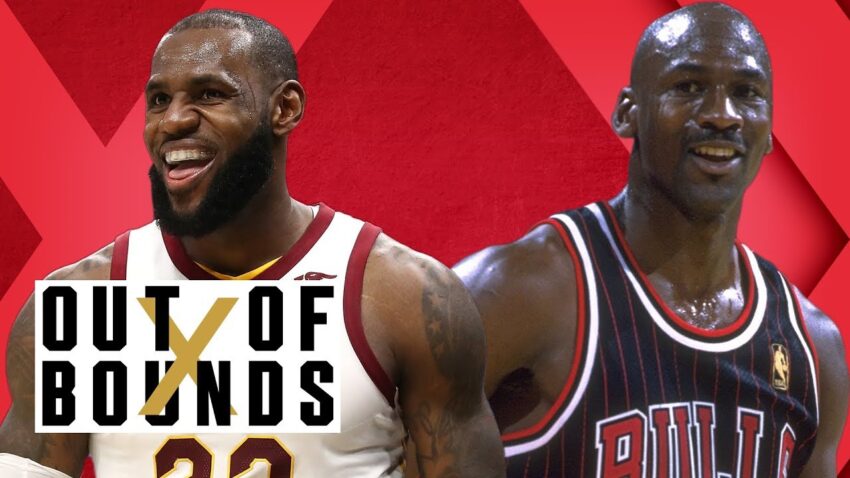 Got an NBA foot fetish? Good, ’cause on today’s episode of #OutofBounds, Gilbert Arenas is in some flip-flops and has to explain himself to the rest of the crew. Once that’s settled, the team talks the NBA MVP Award and whether LeBron James — who says he’d vote for himself, based on his sensational, age-defying season — should win over James Harden. Gil has some strong feelings about a proposal to break the MVP into two awards, for the Best Player and Best Season. Next, with a new Tiger Woods biography claiming the young golfer was warned to stay away from Michael Jordan, OOB debates whether MJ was actually a bad influence and in any way responsible for Tiger’s downfall. Plus, Gil shares what he learned from Jordan back during their playing days and lets everyone know exactly how many points he once dropped on the GOAT. Then, with a new study calling for athletes and leagues to stop endorsing junk food and sugary drinks in an attempt to reduce childhood obesity, Gil and the guys weigh in on athletes’ responsibility as role models vs. the responsibility of parents who, y’know, had the damn kids. Gil shares his diet from his playing days, and it is…interesting. Also, there’s some controversy over chicken spots that could tear the team apart. Finally, the boys touch on Indians pitcher Trevor Bauer donating extra money he got in arbitration to charities as part of his “69 Days of Giving.” Gil sees some secret messaging in the numbers that, frankly, only make the charitable donation cooler.

40 thoughts on “LeBron MVP Over Harden?; Jordan Bad Influence on Tiger Woods? | Out of Bounds”