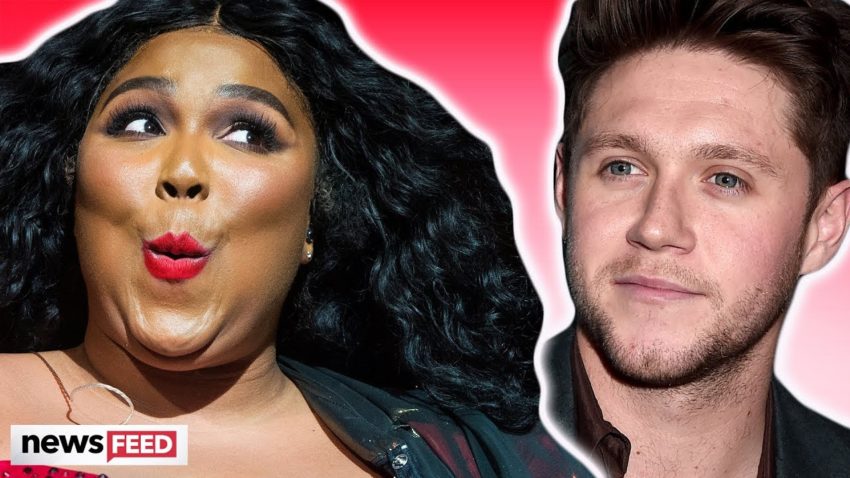 Lizzo has been around for a while, but in the past year she’s gotten really good at this whole “being famous” thing. I mean, it’s not just the success of her songs either. She very seldom leaves an interview without at least one punchy comment that gets the meme treatment or makes headlines.What’s up guys it’s Emile Ennis Jr here with Clevver News and this time, it was her thirst for a certain ex-boybander that has got us all on the edge of our seats.Lizzo made an appearance on BBC Radio 1’s Breakfast Show on Tuesday.She’s currently on the other side of the pond for her “Cuz I Love You Too” tour, which has been going on since mid-July.It concludes in just one week from now, on November 19 in Copenhagen. The tour is a sequel to her “Cuz I Love You” tour, which took place in April and May of this year. And after her set in Manchester on November 11th, Lizzo stuck around in England to go on BBC’s Radio 1 show the following morning. Lizzo and the interviewer, Greg James, talked about her music, the success she’s had over the past year, and the cultural differences between British and American slang.They also discussed all of the celebrities that Lizzo has gotten to rub elbows with over the past year.And, guys, her recent skyrocket to the top of the charts has let her meet some other pretty cool people. Like, Sam Smith met Lizzo back in July, when they went backstage at her concert. And they posted a photo on Twitter exclaiming how excited they were to finally meet her. Well, 4 months later and world domination is going well for Lizzo. And when Camila Cabello finally met Lizzo a few weeks ago at the “We Can Survive” concert in Los Angeles, she asked her for lessons on how to twerk!Because I mean, who better to learn from than Lizzo herself?But nobody left as big an impression as the Irish singer Niall Horan.The radio host asked Lizzo about the time when she finally met Niall earlier this year.Which is a very Niall thing to say. And I mean that in the best way possible. But Lizzo wasn’t about to let Niall be the one who got away. She responded in a way that only Lizzo could get away with.So obviously it was all in good fun, even though I’m sure Lizzo would NOT pass on the opportunity for a little luck of the Irish or Niall’s Lucky Charms! SORRY… I just had to! The BBC 1 Radio account tweeted out the now viral clip from the interview, along with the “cheeky” caption “So we’re pretty sure Niall isn’t going to forget meeting Lizzo in a hurry”.The verdict is up on whether Niall actually watched this video or not. But I’m wondering what his response was to Lizzo in the initial reaction! But Lizzo was expecting a follow up. So in response to Niall’s tweet, she sent out a gentle reminder.It was a simple “Call me”. With a kissy face emoji. And, uh, the people following the action were really pushing for this blossoming new romance. But whether he picks up the phone or not, Lizzo and Niall will certainly be seeing each other soon. They’re both set to play this year’s Jingle Ball Tour when it starts up next month.

They’ll be playing three shows together, in Philadelphia Pennsylvania, New York City, and Boston, Massachusetts. So I’m definitely hoping for a little collab or SOMETHING. Heck, I’ll even take a photo of the two of them. And if we know lizzo, she will make that kissing emoji a reality! On the New York date, they’ll be sharing the stage with Taylor Swift, The Jonas Brothers, Camila Cabello, Halsey, and a few others. Taylor and Camila have already worked together before, as Camila took part in the Reputation Stadium Tour that concluded earlier this year. All they’re missing is Charli XCX as their third. And I think Lizzo is a good replacement for this one day.Lizzo and Charli worked together on “Blame it On Your Love”, a song off of Charli’s most recent album. So this Christmas, all I’m asking for is more Lizzo collabs! Whether that is with Taylor, Camila, or Niall. And I’m not JUST talking about music collabs. A romantic collab with Niall would be just as good with me. But what do you guys think? Are they going to be cooking something up for us at Jingle Ball this year? Do you think Niall and Lizzo are up to something? Let me know what you guys think in the comments below.And then make sure you subscribe to Clevver News so I can tell you all about what’s going on in the music industry and all of your favorite musicians.