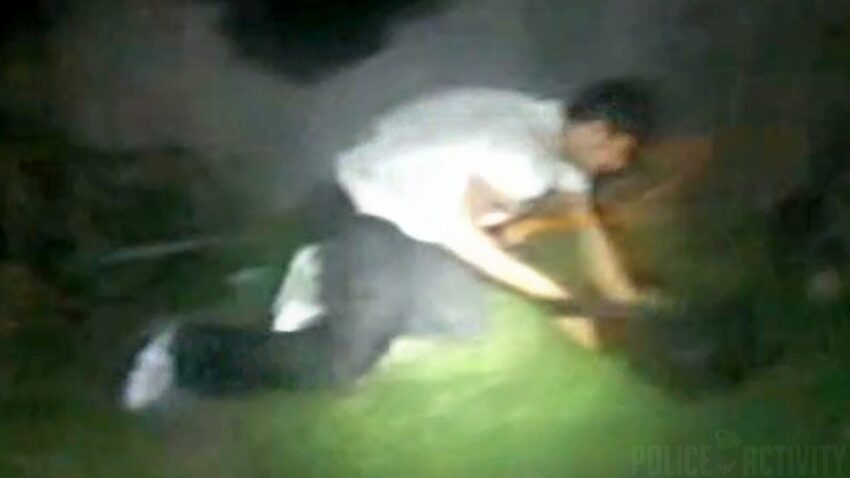 ** (Disclaimer: Video posted strictly for educational and information purposes only) **
The Canton Police Department released body camera video after an officer-involved shooting with a man who allegedly pointed a gun at officers early Wednesday morning. The video shows the officer exiting his police vehicle, pursuing 18-year-old Jashaun Malik Nickol and firing at him several times. After another short pursuit, the officer finally catches up to the suspect, who is writhing on the ground in a fenced yard. According to Canton police, officers approached a suspicious group of males at 11th Street and Worley Avenue NW just before 2 a.m. Wednesday. Police say Nickol took off from the scene, but police caught up to him at a nearby intersection. He pointed a gun at the officers, who then fired back at the suspect, according to Canton police. Nickol was taken to an area hospital for a gunshot wound to the leg. After treatment, he was released and booked into the Stark County Jail. Police are still investigating the incident.