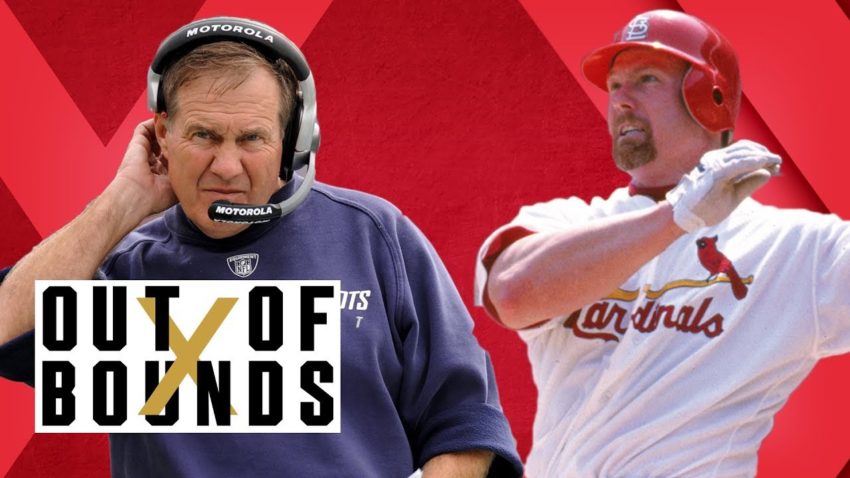 On today’s episode of #OutofBounds, Gilbert Arenas kick things off with some words for Ray Lewis, who felt the need to preach about Odell Beckham Jr.’s relationship with God. After that ethering, with coaches and the media making a big deal out of voluntary NFL workouts and players either attending (Odell Beckham Jr.) or not (Khalil Mack), OOB breaks down the actual significance of offseason workouts in “The Step-Back.” Gil, who always says what he means, has a problem with the very concept of “voluntary” in the NFL. Sticking with football, the team tackles some Patriots drama following a report that coach Bill Belichick “chastised” star tight end Rob Gronkowski in front of the team last season over his TB12 workouts. Is it the beginning of the end for New England’s empire or just a smart coaching tactic? Next, the crew reacts to admitted steroid user Mark McGwire saying he could’ve hit 70 home runs clean. Let’s just say the panel is skeptical on several fronts. Plus, Gil and Pierce break down the fascination with hypothetical sports debates and Gil shares his favorite one. Finally, after police at LAX arrested Packers receiver Trevor Davis for making a joke about packing a bomb, OOB runs down the top five stupidest reasons that athletes have been arrested. With so much f*ckery in sports, making this list is harder than winning a championship. And as Gil gives a heartwarming explanation for his Cavs sweatshirt…Adam quickly corrupts the moment in true degenerate gambler fashion.