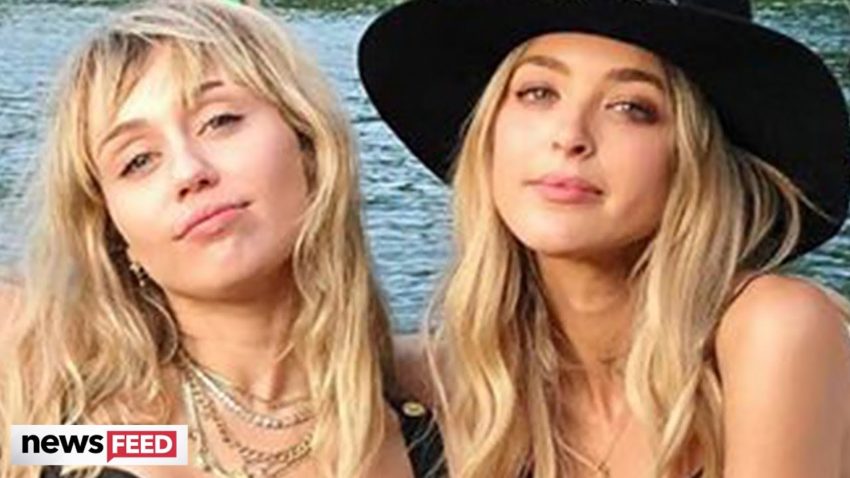 If you had any doubts that Miley and Kaitlynn Carter weren’t romantically involved, think again. Because they’re already taking their relationship to the next level.

What’s up guys it’s Drew Dorsey here and anyone who lives in a big city knows that Soho House is an elite members club where people go to network, work or have a nice fancy dinner!

Well, I guess Miley never got the memo because she was using it as her own little private bedroom with Kaitlynn.

A source inside the West Hollywood club reported that they saw Miley and her new bae making out and getting hot and heavy all over the dang establishment!

“in the bathroom, at the bar, the middle of the floor,” they said, “they were basically having sex. There’s no question they’re together”.

So we don’t have any photo evidence of this.

But it does come just a week after someone ~illegally~ took photos of Gigi and Tyler Cameron together at Soho House.

Sooo maybe Miley was trying to be seen? I don’t know. For someone with a big beautiful house, it sure is weird that she wanted to flaunt her business out in public.

Especially only a few days after she released “Slide Away”, a heartfelt ballad supposedly about her ex-husband Liam.
Slide Away Cover

And reports are saying that he’s been devastated by the news that she’s moved on so quickly.

So maybe she’s trying to send a message here by being so public with her relationship.

So maybe she’s trying to get even.

Either way, it seems like Miley is moving quickly with Kaitlynn. They’ve were spotted all over Los Angeles together last weekend – morning and night.

So I’m not too sure what to make of it yet. But I’m sure we’ll be hearing more soon.

In the meantime let me know what you guys think. Are they moving too fast and maybe being a little too public? Or does Miley deserve to be out here living her best life? Let me know your take in the comments below.

And if you want updates as Miley and Liam begin to open up, make sure you’re subscribed to Clevver News because we’ll definitely give you the update as soon as we know about it.