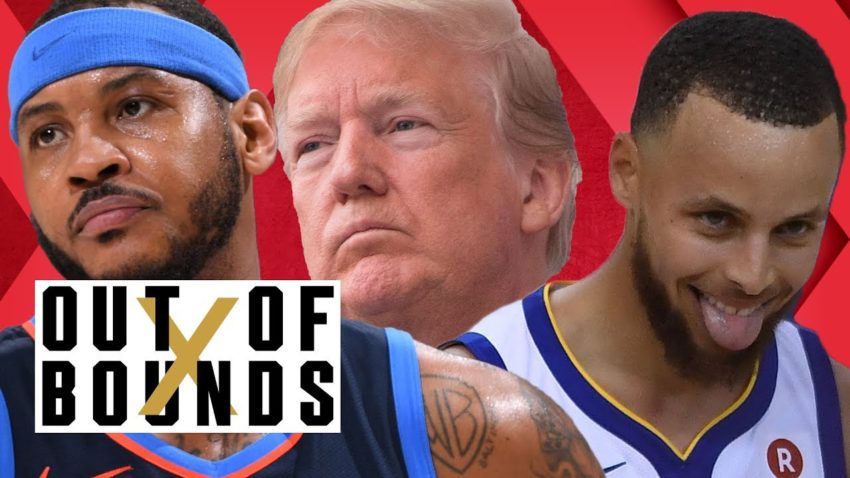 On today’s episode of #OutofBounds, Gilbert Arenas, Adam Caparell, and Pierce Simpson discuss a report that some of the NBA’s biggest stars have a “disdain” for Steph Curry, the Warriors superstar who just broke the record for made three-pointers in an NBA Finals game. There are a variety of reasons why his elite peers may dislike the two-time MVP and two-time champion, and the guys lay out what rubs people the wrong way about him. Plus, they debate whether the LeBron James-Steph rivalry is real or a media-driven narrative to hype up the Finals.

With President Trump disinviting the Super Bowl champion Eagles to the White House because less than 10 players were reportedly going to attend their celebration, OOB discusses the matter in “The Pull-Up.” Gil explains why the Eagles organization and players should have known better than to engage Trump and offers a winning strategy for making their point.

Staying in Philly, the panel talks about the Sixers hiring a law firm to investigate the “burner” Twitter accounts allegedly used by 76ers president of basketball operations Bryan Colangelo — or his wife? — to share insider information, slander players and execs, and defend Colangelo against criticism. The guys give their thoughts on who’s responsible and how the scandal will and should end. Would it be wrong to fire a player or exec for something their relative or friend did?

In other social media news, Thunder big man Steven Adams claims his “fat fingers” accidentally liked an IG comment that clowned his underperforming teammate Carmelo Anthony. The boys give their opinions on Adams’ explanation, how Melo will take the jab, and how this is going to affect the relationship between OKC and Melo going forward. Are they headed towards an expensive buyout?

Finally, in “Fair or Foul?” the panel weighs in on the NBA planning to use the Las Vegas Summer League to experiment with a system that will allow coaches to challenge referees’ calls. The guys have many questions about the undetermined particulars, but which is more important: getting calls right or maintaining a smooth game flow? Plus, Gil has a revolutionary solution to the league’s refereeing issues.