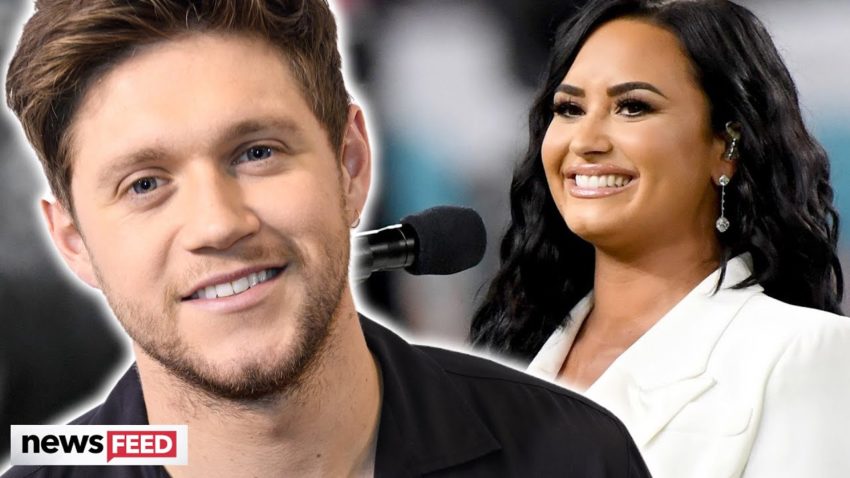 More Celebrity News ►►
Demi Lovato kicked off Super Bowl 2020 with an extremely powerful performance of the National Anthem which left both fans and celebs totally speechless.What’s up guys? It’s your host Sussan Mourad here with Clevver News and in case you somehow missed it, Demi Lovato delivered a stunning rendition of the National Anthem at Sunday’s Super Bowl in Miami.Like seriously, it will probably go down in history as one of the best National Anthem performances of ALL TIME.Can we see that end note again please?YAAAS Demi came to SLAY.And this performance comes just one week after her epic comeback at the Grammy Awards when she sang her brand new emotional song, “Anyone.”This was her first big performance since her near fatal overdose in July 2018.And after crushing both the Grammys and Super Bowl stages, it’s safe to say 2020 is already Demi’s year.And after her performance last night, some of Demi’s biggest celebrity fans took to social media to praise her for her stunning performance.Ellen Degeneres however shared a tweet that the entire internet was talking about yesterday.She manifested it and not only did her dream come true but she totally killed it.And Demi’s fans can’t contain their love and excitement for her after this performance.And we couldn’t agree more about Demi.But we can’t talk about the National Anthem without talking about the controversy surrounding it in recent years. Since August 2016, some athletes have protested against police brutality and racism by kneeling on one knee during the U.S. national anthem.This has become especially prevalent during NFL games following the example set by former-49ers quarterback Colin Kaepernick.Obviously this has become a very heated political topic, so we aren’t going to go into too many of the details, but it came up again at yesterday’s game.During the National Anthem, Beyonce, Jay-Z, and Blue Ivy, who were at the Super Bowl chose not to stand up. Even with Jay being a big partner of the league now, they chose to remain seated.And incase you missed it, Roc Nation, Jay-Z’s company, recently entered into a multi-year partnership with the NFL to enhance the NFL’s live game experiences and to amplify the league’s social justice efforts.And Jay-Z recently spoke out about his stance on kneeling vs. standing during the National Anthem.But regardless the Carters made their point during yesterday’s game and Twitter is very torn about the entire thing.But I want to know what you guys think about all of this.What do you think of Bey and Jay remaining seated during the National Anthem? And what did you think of Demi’s INCREDIBLE performance? It seriously gave me chills!Let me know down in the comments below.After that, why don’t you dive in to more Clevver News by hitting that subscribe button and click that bell so you don’t miss any of our new stories. Then click right over here for more entertainment news. Thanks for hanging out with me here on Clevver News, I’m Sussan Mourad and have a great day.