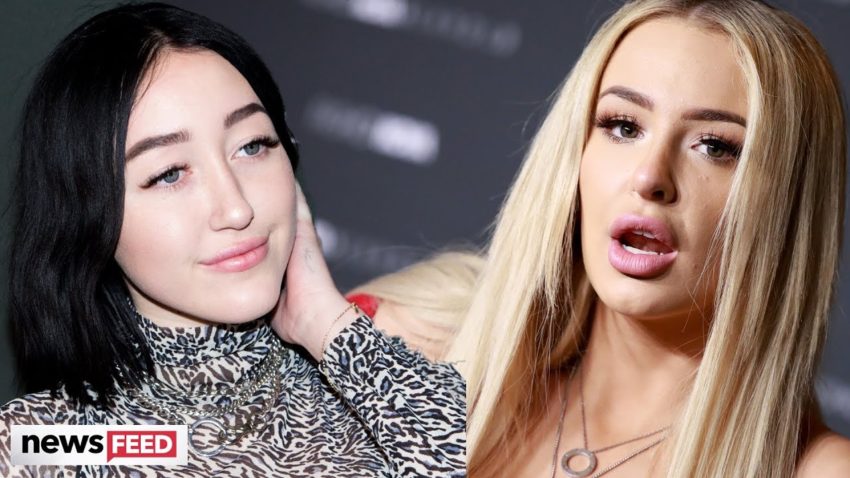 This week’s YouTuber drama has yet to simmer as Tana Mongeau spoke out about a not-so-pleasant run-in with Noah Cyrus, and it was only a matter of time until Noah spoke her peace.

What’s up guys, it’s Drew back here on Clevver News, and I know, I know, we were all thrilled that the YouTube drama would be over, but then Tana Mongeau came in and was all, “HOLD MY BEER” and, well… here we are.

So here’s how the drama went down. In the least shocking news EVER, because DUH it’s 2019, the age of attack-by-YouTube-vid, Tana posted a video claiming that Noah Cyrus hated her because of their mutual ex boyfriend Lil Xan, whom they both dated previously.

After going into 40-minute-long detail about the time Xan cheated on her, Tana then went on to break down an awkward interaction between she and Noah during the 2018 VMAs. She said QUOTE, “I turn to see Lil Xan beelining toward me. And I see, out of my peripheral vision, a very, very unhappy Noah Cyrus walking up to us. And I’m standing there… and she looks at me and it’s just this awkward-a** silence… She just looks so f—king unhappy that she even had to, like, walk up to us.”

So basically this portion of the video was just a plea to get the Cyrus sisters to not hate-shame Tana via social media, considering she made it very clear that she absolutely LOVES the entire Cyrus family, make no mistake.

Anyway, Noah clearly got word of the video and cut the tension with one single tweet, writing and @ing Tana, saying QUOTE, “lol this is hilarious i deff dont hate you and for sure turned the opposite direction of you no shoulder check. lets hangout and talk about how bitchy girls are to other girls @tanamongeau dm me”.

We can only hope these two had a 4-hour long conversation bonded over their mutual confusion over Lil Xan’s face tattoos… but for now, I want to know what you guys think about the Tana-Noah feud that isn’t really a feud, so get to talking in the comments below, and to further this discussion, you can find me on my socials @drew__dorsey. After that, be sure to click right over here to check out another new video, and be sure to hit that subscribe button and that bell so you never miss an update. Thanks for watching and I’ll see you guys next time!