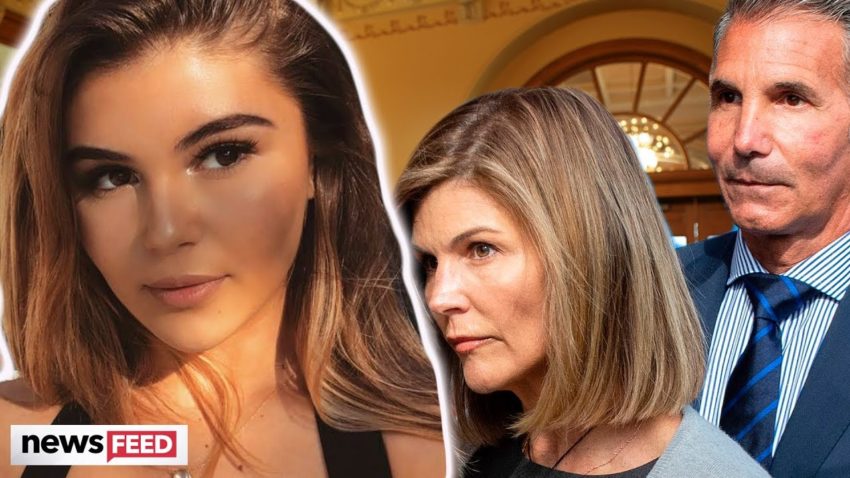 Earlier this year, the college admissions scandal rocked rich moms, dads and celebrities everywhere. And now, 8 months after the news broke, some of the high profile defendants and their families are just now starting to face consequences for their actions.What’s up guys it’s Sussan Mourad here with Clevver News and although Lori Laughlin’s daughters haven’t been charged with any crimes regarding the USC bribery scandal, they’re still saying that their mom’s actions have ruined their lives. If you go to Lori’s daughter Olivia Jade’s YouTube channel, it looks like one of those old-timey ghost towns you see in story books or on TV whenever your grandpa falls asleep on the couch watching old Westerns. That’s because Olivia Jade stopped making Youtube videos immediately after the news broke that her mom and 50 other super rich parents were being accused of bribing colleges into allowing their children in.Oliva posted her last video just two days before the charges against her mother came out. In the video “new season, new clothes try on haul!”, Olivia shows off her wealth by trying on a TON of new clothes that she picked up from Urban Outfitters. Since then, she’s turned off all her comments on every single video.And that was the last we’ve heard from her on Youtube.That is, until we saw her doing a haul of a different kind – shopping at Ikea for new furniture after moving out of her mother’s house. But now as Lori’s court date looms closer, we’re hearing more from Olivia and her older sister Isabella about how they think their mom has “ruined their lives”. And to make it worse, both daughters will probably have to testify in court.

Turns out, they’re apparently not mad that Aunt Becky committed the crime. Instead, they’re mad that she refused to do the time.Lori rejected the plea deal that was offered to her when she pled not guilty in court to charges of bribery.But now she’s facing additional charges of conspiracy to commit mail fraud and wire fraud, as well as money laundering. During her first court date, Lori showed up smiling and taking selfies with fans, seemingly not understanding the direness of the situation that she was in. But now, her and her husband Mossimo face up to 50 years in prison with these additional charges. Which is a major difference from what Felicity Huffman was sentenced to after taking the plea deal. She and her husband, Shameless star William H Macy, went about the charges completely differently. Felicity was apologetic from the very beginning, humbling herself in court by pleading guilty to the bribery charges and taking 100% of the blame herself, leaving her husband a free man with a clean record. She was sentenced to just 14 days in prison. In the end, she ended up only serving for 11 days, while also having time during her prison stay to have visitation with her family outside of the prison. She also got to pick what days she wanted to have her very brief prison stay, and opted to have it at the end of October.

Immediately after she was sentenced, Felicity, AKA “prisoner 77806 dash 112” released a statement again apologizing for her actions.After being released from prison, Felicity is to pay a 30,000 dollar fine and do 250 hours of community service with at risk youth. So you can see just how differently Felicity played this than Lori and Mossimo.If you think “Mossimo” sounds familiar but can’t quite put your finger on where you’ve seen that name before, it’s because “Mossimo” is the brand of like, all those clothes that your mom wants you to try on at Target.He is a fashion designer whose brand was bought out by Target’s parent company years ago.And while that deal was lucrative, a chunk of that money might be going towards this matter because they might have to pay a fine of at least 1 million dollars.But that’s just pocket change compared to the toll this scandal has taken on their family. Lori had a bit of a falling out with her daughters, especially Olivia who has since moved out of the house.They apparently had no idea that their mother was bribing their way into college by reportedly paying 500,000 dollars to make it look like their daughters were rowing team recruits. That would guarantee their admission to the school on an athletics basis.