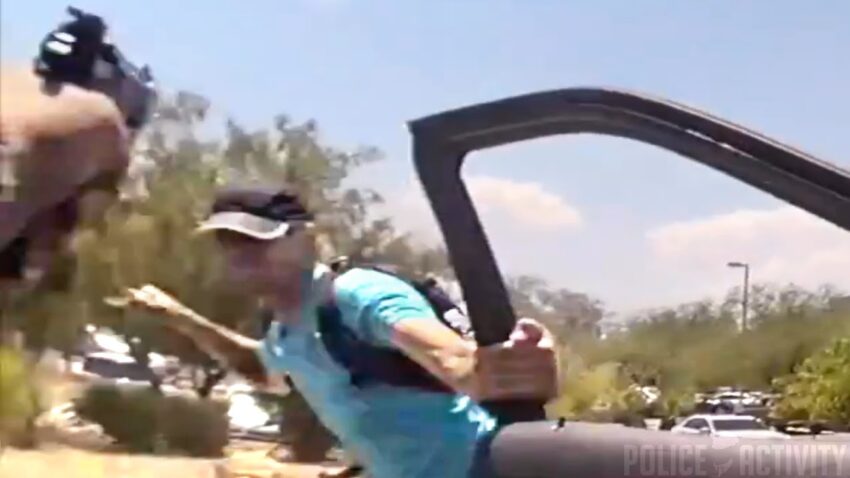 ** (Disclaimer: Video posted strictly for educational and information purposes only) **
A man suspected in an attempted carjacking was fatally shot by a Las Vegas Metropolitan Police Department officer Tuesday afternoon in the northwest Las Vegas valley. The Clark County Coroner’s Office identified the suspect as 27-year-old Caleb Edward Blaylock of Las Vegas. The shooting occurred just before 1:10 p.m. on the 4100 block of North Rancho Drive, near Jones and Alexander. The officer was not injured. Police say one officer responded to an attempted carjacking.

The officer William “Chris” Pollock attempted to stop the suspect, but police say he lunged at the officer with a knife. The suspect was shot several times at close range. The male was pronounced deceased at the scene by medical personnel. Detectives wish to speak with the occupants of the maroon truck bearing Oklahoma license plate 353 FDI. They are believed to have information crucial to the investigation. This is the 11th officer involved shooting of 2017. Per LVMPD policy.