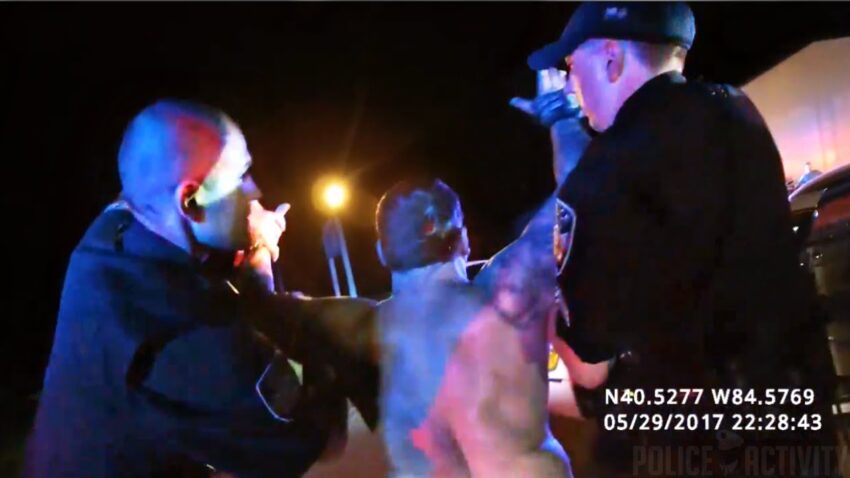 ** (Disclaimer: Video posted strictly for educational and information purposes only) **
A man wanted for an alleged domestic violence incident at a Mercer County bar led authorities on a wild chase during which his vehicle all but fell apart from damage to crashes. Mitchell Dale Mullins, 41, of Rockford, is being held in the Mercer County Jail on suspicion of OVI, domestic violence, resisting arrest and a stop sign violation, according to the Mercer County Sheriff’s Office. Mercer County deputies and officers from Coldwater, St. Henry and Celina attempted to stop the suspect as he was driving a 2000 Lincoln on Ohio 703 because he was wanted regarding a domestic incident earlier that evening at a local bar, according to the release.