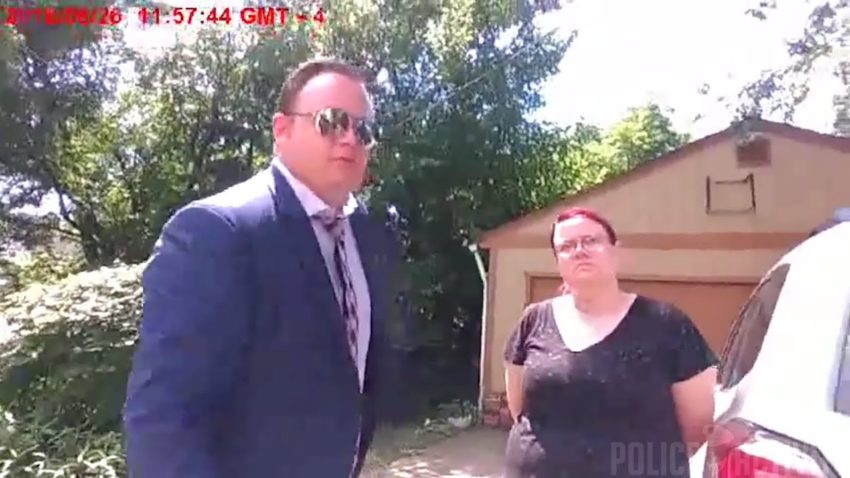 ** (Disclaimer: This video content is intended for educational and informational purposes only) **
News Channel 5 Cleveland dispatched two reporters to the house of a rape victim on June 26th. They sought to interview her after the arrest of her rapist, who committed a particularly brutal attack. She didn’t welcome the arrival of TV news media at her house and called the cops in Newburgh Heights. Police Chief John T. Majoy on Sunday posted to Facebook the body cam video of his interaction with the reporters from Channel 5 at the scene. “So News 5 shows up to the house of a rape victim,” Majoy said in the video, before asking them why, noting that he’s never in his two decade-plus career had a news station show up at the house of a rape victim, and asking them which of their managers gave them the assignment. He tells them they’re on body camera and that he will be sharing the video publicly. “I’m without words, extreme displeasure,” Majoy said. The video was posted and quickly drew a predictable response from online commenters who joined in lambasting the media and, as Channel 5 news director Jeff Harris would later tell Chief Majoy, making threats. It was removed from Facebook earlier this week and replaced with a message from the chief. Multiple sources have told Scene that two assigning editors at the station have been fired over the incident.

Jeff Harris didn’t respond to a request for comment. Majoy, in a conversation Friday afternoon with Scene, defended his actions, though he said he recommended a simple reprimand for the employees, not a dismissal. “I’m sorry to hear [they were fired],” he said. Asked about the public purpose of sharing the video, especially in a climate where journalists face very real online and in-person threats, Majoy it wasn’t about public shaming. “The public purpose is a greater awareness to let everyone know that the victim of a crime should not be subjected to that type of behavior,” he said. “She called the police. She was afraid. That’s why we were there. There’s a lapse in judgment on their part. If they would have contacted us and said they were interested in talking to the victim — some victims may want to share their story — we could have tried to bridge that gap. I think that would have been a more appropriate way.” Asked if a direct line of private communication between his office and Channel 5 would have been a more appropriate way for him to handle his side of the situation, Majoy defended his actions. “No,” he said. Majoy did emphasize that it was disturbing that anyone crossed a line with online threats toward the station. News Director Jeff Harris is actually on his way out of the gig for unrelated reasons. He’s taken a job as News Director for CBS WBBM in Chicago.