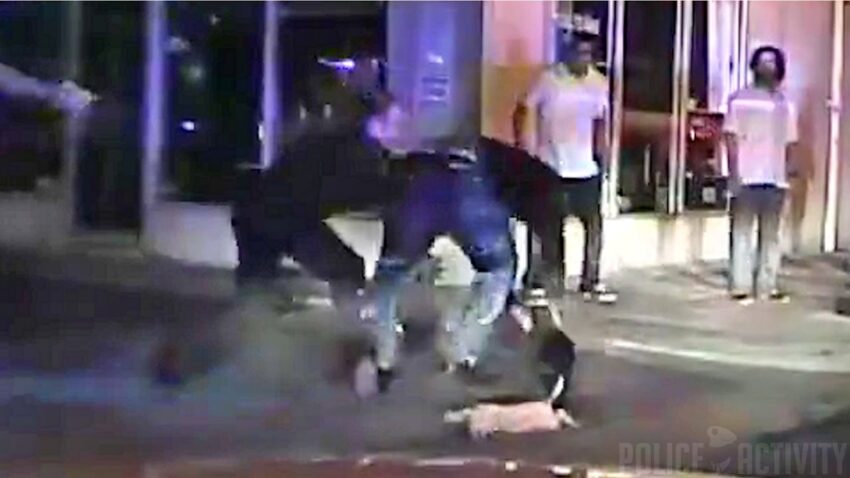 ** (Disclaimer: Video posted strictly for educational and information purposes only) **
A judge in Montgomery County sentenced a 31-year-old man to six months in jail for felony animal cruelty after he assaulted two pit bull puppies while on PCP, officials said. In June 2015, James E. Jones of Wheaton abused two pit bulls that were 6 weeks old. While allegedly on PCP, Jones grabbed the dogs by their necks, “causing them to foam at the mouth” and have “obvious physical distress,” according to prosecutors and court documents. Even after repeated requests from officers to let go of the dogs, Jones refused, and police eventually used a Taser on him. The Taser was said to have “no effect,” officials said, and it eventually took five police officers to take Jones into custody and get him away from the dogs. The animals were taken to a veterinary clinic and examined. Officials said the two dogs were in poor condition at the time and one had damaged lungs from being abused.

The dogs, a black one named Mia and a tan one named Chance, have since recovered and were adopted. Officials said Chance was adopted by one of the police officers who responded to the incident. John J. McCarthy, state’s attorney for Montgomery County, said the sentence is “appropriate for a man who choked his own pets, two 6-week-old puppies.” He said the puppies were “defenseless animals” that were “choked nearly to death.” But he added that it ended well in that they “have made a full recovery and are thriving.” Jones had pleaded guilty to one count of felony animal cruelty and one count of resisting arrest, said Ramon Korionoff, a spokesman for the state’s attorney’s office.

Jones was sentenced to six months in jail. State sentencing guidelines, while not binding, recommend punishment ranging from no jail up to six months. Jones also received 30 months of suspended “backup” time, meaning he could be placed behind bars for that duration if he were to get into legal trouble again. And he received five years’ probation with some special conditions, Korionoff said, including that he not own or live with animals and that he seek drug and mental health treatment.