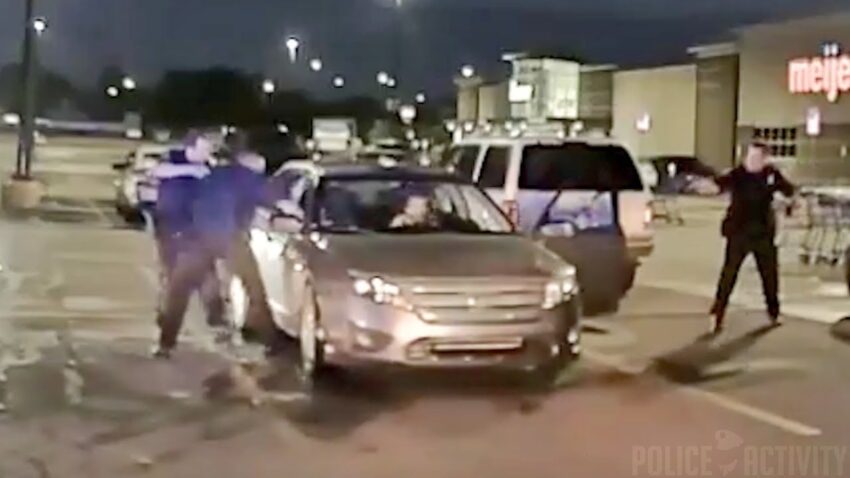 ** (Disclaimer: Video posted strictly for educational and information purposes only) **
Police in Royal Oak possibly saved the life of a man who began stabbing himself during an arrest in the parking lot of a Meijers grocery store Monday. Police in Berkley said they were notified about the possible sighting of a stolen vehicle in the area of Harvard and Webster roads. Royal Oak police officers found the vehicle parked in a Meijer’s parking lot and found a man sitting inside. When officers approached the vehicle, the man began stabbing himself several times in the leg with a knife. Officers broke the window of the vehicle and knocked the knife from the suspect’s hand, police said.

The officers immediately tended to the man’s serious injuries by applying a tourniquet to stop the bleeding until an ambulance arrived. “Initially the officers thought the subject was just pounding on his steering wheel with his fist. When they realized he was stabbing himself they immediately closed in and disarmed him. Despite the risks to themselves, they knew they had to act quickly or the subject would likely kill himself,” Chief Corrigan O’Donohue said in a release. Several stolen items were found inside the vehicle. The man remains hospitalized. Charges are expected.