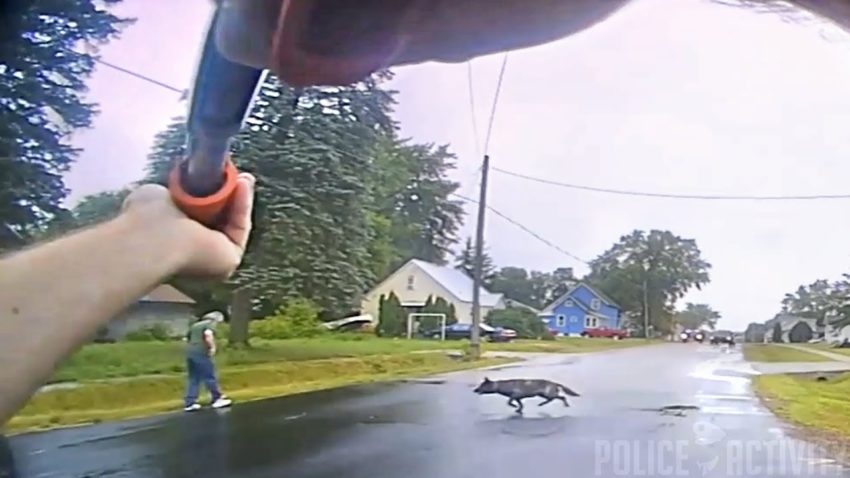 ** (Disclaimer: This video content is intended for educational and informational purposes only) **
On Friday, Marshfield Police responded to a call that there was a man with a knife and he was threatening human services and probation parole officials to leave. Police arrived on the scene to find Patrick Langreck still holding the knife. In an effort to subdue him the officers used less-lethal bean bags to take down Langreck with little harm. On Monday, officers discussed why they chose to use the method they did. “Behind the squad car the officers don’t have any cover so we had to try to subdue him. The entire time the individual has the knife in his hand he is a threat, at any time he could change his direction. We’re within 25 feet here,” said Marshfield Police Lieutenant Jody Geurink. In a dangerous situation, the Marshfield Mayor Bob McManus says the Marshfield Police Department had the perfect response. “They made split-second decisions that were absolutely brilliant,” McManus said. “This is another case where we responded appropriately, and it is nice to have the commendations and the support,” said Geurick. Because of the quick thinking by the officers, the officers and the suspect were able to come away from the scene safely. “Our officer safety is always paramount. This is just a situation that worked out for the best for us and also this individual,” Geurink added.

The body cam footage even caught the eye of Marshfield city officials. “If you hear on the tape, you can hear them saying, ‘stop, put the weapon down,’ they just continued with the escalation. So we couldn’t be prouder of our officers in Marshfield,” McManus said. “It feels wonderful to have the support of our community, have the support of our administrative staff in our community, it’s just wonderful. And that’s been the history with this city they’ve backed out department whole heartedly,” Geurink said. After seeing the officers handle the situation successfully, the Mayor has nothing but pride for them, “You know, in review of everything there, it just shows why we in Marshfield are so proud of all of our men and women behind that badge. And I’ve got to give a shout out to our great chief Rick Gramza, This is a testament to the training and department that he runs. ” Pat Langreck is in police custody. He was in court today in Wood County, facing four counts of recklessly endangering safety. A judge set a cash bond of 50-thousand dollars.