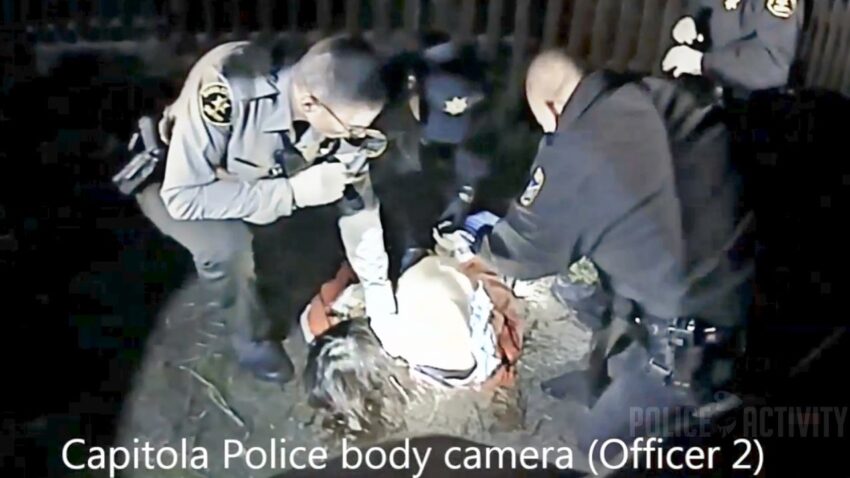 ** (Disclaimer: This video content is intended for educational and informational purposes only) **
A 15-year-old boy took LSD before he stabbed his father and uncle and was fatally shot by a Santa Cruz County sheriff’s deputy in a neighborhood north of Watsonville over the weekend. Luke Smith took the drug with a friend before he used a 9-inch knife on his father and uncle at a home in the 800 block of Amesti Road, sheriff’s officials said. “His actions Saturday morning were out of character,” Sheriff Jim Hart said during a news conference at sheriff’s headquarters in Santa Cruz this afternoon. It appeared Luke had an adverse reaction to the drug and turned hostile to the friend, who left 15 minutes before the stabbings took place, Hart said. “In that state of mind he was very dangerous,” the sheriff said. The friend told investigators he took a smaller dose of the drug compared to Luke, according to Hart.

Four people have been arrested for allegedly selling the drug to Luke and his friend, Hart said. The suspects have been identified as Taylor Filson, 28, Bradley Hodge, 24, Thomas Negron, 20, and Nathaniel Trecaso, 28. Deputies responded to a reported stabbing just before 3 a.m. Saturday when they found the victims who were quickly taken to a hospital for multiple, severe wounds, Hart said. The father’s lung collapsed and the uncle was stabbed many times in his chest and arm, according to Hart. Sheriff’s officials played 911 calls taken that morning that offered a description of the suspect. One of the reports came from Luke’s uncle who said he was stabbed near his heart. Deputies were able to locate Luke armed with a knife near the scene on Pioneer Road about 10 minutes later with help from Watsonville and Capitola police officers, sheriff’s officials said. Law enforcement officers spent 13 minutes talking to Luke, persuading him to drop the knife and surrender, Hart said.

At one point, Luke climbed over a fence and dropped the knife, but quickly retrieved the weapon, according to Hart. Deputies and assisting officers also deployed 40mm foam rounds, Taser stun guns and a K9 unit that bit him, but it all had no effect on him, Hart said. In video footage taken from Vigil’s body-worn camera, the deputy and other officers yelled at Luke to drop the knife. The device fell during the encounter, but was supplemented with video from a Capitola police officer’s body-worn camera that captured the shooting and its aftermath. Luke threatened the officers, which led Deputy Chris Vigil to fire the single shot that killed the 15-year-old boy, the sheriff said. An autopsy showed Luke died from a gunshot wound to the chest, according to Hart.

Luke was fighting with the police K9 while holding the knife in his right hand and seen raising his right arm before the shot was fired, sheriff’s officials said. The deputy was only able to shoot at Luke’s upper torso because the K-9 and its handler were about 5 feet away from the suspect, Hart said. Deputies are trained to aim for their target’s center mass, the sheriff said. About a half-dozen officers who surrounded Luke rendered aid to him after the K9 removed the knife, according to sheriff’s officials. One of the officers is heard telling the suspect to keep breathing and asking the boy to squeeze his hand. Vigil has been placed on administrative leave, which is routine in officer-involved shootings, Hart said.