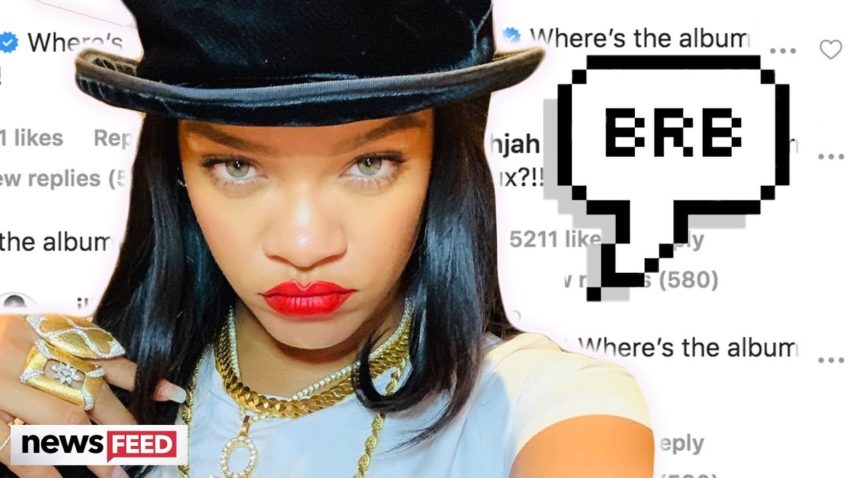 It would be an understatement to say that it’s been a crazy busy year for Rihanna, so bad gal RiRi may be taking some much needed time off. What’s up? It’s Emile Ennis Jr. here with Clevver News and Rihanna has been working tirelessly on expanding her ever-growing empire.She’s got her Fenty Beauty makeup line, her Savage x Fenty lingerie line, and her Fenty high-fashion clothing line all in full swing.This year alone RiRi has had some seriously impressive accomplishments. Have a seat if you aren’t already seated, because this is a LONG list.She’s released tons of new Fenty Beauty products, all of which she has a major role in designing and producing. She’s grown her Savage X Fenty lingerie line which included throwing an epic New York Fashion Week fashion show that was streamed on Amazon Prime.She started her own fashion empire, becoming the first black woman in history to head a fashion house in collaboration with LVMH. She dropped a new coffee table book which included more than 1000 pictures over more than 500 pages. She was on the cover of a whole bunch of magazines, including her 25th Vogue cover.And last but not least, she’s apparently been recording music, though we are still unsure about release dates for any new songs. Ok so, with all of that in mind, I am not too surprised that Rihanna may need some time off. The woman deserves a break.RiRi took to Instagram to open up about her overwhelming year, mentioning that recently she’s even struggled to respond to her family and close friends And obviously, that last line set fans into a state of panic.And I’m not living under a rock, I know it means be right back, don’t @ me.I want to know what Rihanna means by it. Like will she be RIGHT back? Or is she taking a break?Does it mean she’s taking time off social media? How long will she be BRBing for? And does this mean that she’s pausing on releasing new music? Obviously, we aren’t the only ones asking these sort of questions.

Fans were flooding the comments wondering what exactly Rihanna meant with this post.Even Rihanna’s friends were asking the hard hitting questions in the comment section.It seems like Rihanna is just joking around with her friend, but fans are turning up to support her.And we couldn’t agree more. Taking time for yourself is just as important as working hard. We see you Rihanna and you should take as much time as you need! But as for that album that she’s been teasing us with…We have to talk about it ok. No pressure, let’s just chat.In a recent Vogue cover story, Rihanna noted that her upcoming album will be quote “reggae-inspired or reggae-infused.” She also revealed to ET last month that her new album is quote “pending.”And fans are actually even convinced that Rihanna’s recent post about taking a break could’ve had an Easter egg about the album.

While the official title for Rihanna’s ninth studio album is still TBD, fans have been calling it ‘R9’ since the release of her previous album, ‘ANTI’.Until now… If you look closely at RiRi’s caption, you’d notice that the word Balance was actually capitalized, so now, many people think the album could be called Balance.Which I would be down with. That’s a cool name for an album and we know Rihanna is a fan of one word titles for both songs and albums.She’s had albums titled Loud, Unapologetic, and Rated R.And songs called Work, Diamonds, and Stay.So I could totally see “Balance” fitting right in with her vibe and it would definitely make sense given how busy she’s been these past few years.Rihanna has definitely been trying to Balance it all!And earlier this year she teased fans with a little behind the scenes moment from working on her new music.She posted this IG story and wrote quote, “behind the scenes of ‘where’s the album’” and time stamped it at 5:40 AM.
So it seems like the album will be here whenever it’s ready.I trust that Rihanna will put it out when she feels like it’s perfect and I have no doubt it will be epic.But until then, I hope she enjoys some WELL-DESERVED time off. Give our queen a break.But I want to know what you guys think.How did you interpret Rihanna’s post? Do you think it means be RIGHT back or do you think she is taking some time off? Also, do you think Balance could be her next album title? Let me know down in the comments below.After that, why don’t you dive in to more Clevver News by hitting that subscribe button and click that bell so you don’t miss any of our new stories. Then click right over here for more entertainment news. Thanks for hanging out with me here on Clevver News, I’m Emile Ennis Jr. and have a great day.