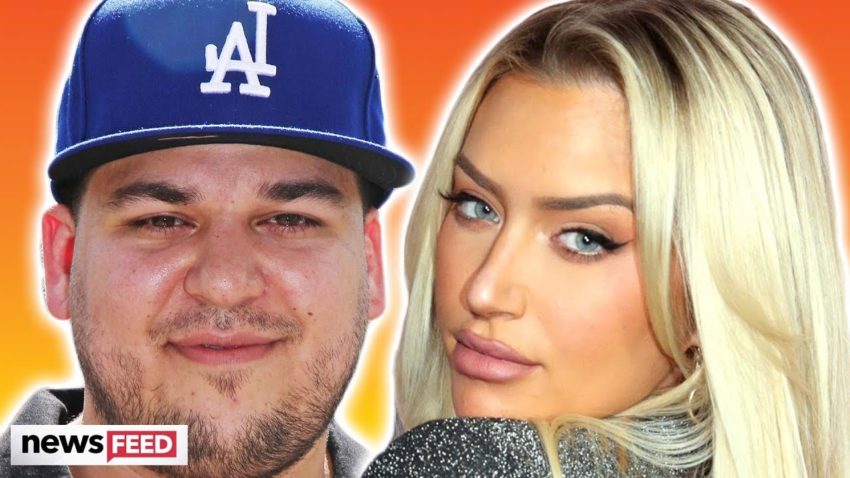 Rob Kardashian has emerged and seems to be living his best life. From dramatic weight loss to possibly dating Kylie Jenner’s best friend Stassie Karanikolaou it seems like he’s in a really good place and we are here for it!

What’s up? It’s Dani Golub here with Clevver News and over the past couple weeks, it’s looked like Rob Kardashian has really turned things around.

And in case you aren’t totally up to speed on the one Kardashian brother, Rob has famously taken a lot of time away from the spotlight.

From weight fluctuations to explosive relationship drama to even missing his sister Kim’s wedding, Rob needed to take some time away from the very public life of the Kardashians.

And in the past he’s actually opened up on Keeping Up With The Kardashians about how his weight gain has impacted his mental health.

But that Kardashian blood runs DEEP. No matter what he’s gone through, his family has always been there for him.

Khloe has even gone to bat for him on Twitter shutting down the haters.

She said quote, “I love you @robkardashian.”

“Some of you people are disgusting for calling others names and picking on them.

And we agree with Khloe and we’re just happy to see that Rob seems to be in a better place now. Over the past few weeks he’s been out and about with his family and has even been posting pics of himself on social media again.

On Halloween he shared this pic with his mom Kris and wrote quote, “Halloween 2019 🎃 @halfwaydead 💀🖤 @krisjenner”

He also shared a pic of his daughter Dream who was clearly in a matching costume to her dad.

But Halloween weekend didn’t stop there for Rob.

If you are a die-hard Kardashian fan, after Halloween, you probably saw the rumors that people think Rob is dating Kylie Jenner’s best friend Stassie.

And we haven’t really addressed this until now, but the Internet is still going OFF about these two, so here we are.

We’ve got to get to the bottom of this.

She shared this pic of the three siblings and wrote quote, “5am birthday adventures with my two fav people🥳”

So clearly, they were all out partying into the wee morning hours.

Not something that has been super common for Rob over the past few years. Like I said, for the most part he’s stayed out of the public eye.

Anyway, back to the Halloween party. Kylie’s BFF Stassie was also in attendance where she and Kylie dressed in matching fairy/elf costumes.

And after Kendall’s party ended, the crew rolled over to Drake’s Halloween party.

And what the famous family didn’t share on Instagram was this photo of Rob touching Stassie’s side in what some fans thought was a low-key PDA moment.

And listen, I am not out here saying that touching someone’s side means you are dating.

He very well just could’ve been hugging her goodbye and someone snapped a pic at this exact moment, but fans aren’t convinced.

One person tweeted saying quote, “OMG, @robkardashian and @stassiebaby are an item?!! I SHIP THIS SO HARD!!!!! 😍😍😍”

And another said quote, “Stassie and rob kardashian ?!”

But I hate to break it to all the shippers out there, I don’t think these two are actually an item.

While neither Rob nor Stassie have confirmed or denied that they’re dating, it seems like fans think that Stassie is actually dating someone else.

Zane is an actor and Youtuber and Vlog Squad member who has kissed Stassie in a YouTube video earlier this year, but also hasn’t confirmed whether or not they’re together.

But either way, it seems like there was nothing to see here when it comes to Stass and Rob.

But while Stassie and Rob might just be friends, it looks like Rob is actually ready to date again.

But we’re just glad Rob is back! We’ve actually missed him. He is a great addition to the Kardashian fam and he always used to made us laugh.

So as long as he’s happy we’re happy to have him out and about with his fam.

Do you still think there’s a chance that Rob and Stassie are dating? If not, who do you ship Rob with? Any suggestions for the fam to set him up with?

After that, why don’t you dive in to more Clevver News by hitting that subscribe button and click that bell so you don’t miss any of our new stories. Then click right over here for more entertainment news. Thanks for hanging out with me here on Clevver News, I’m Dani Golub and have a great day.