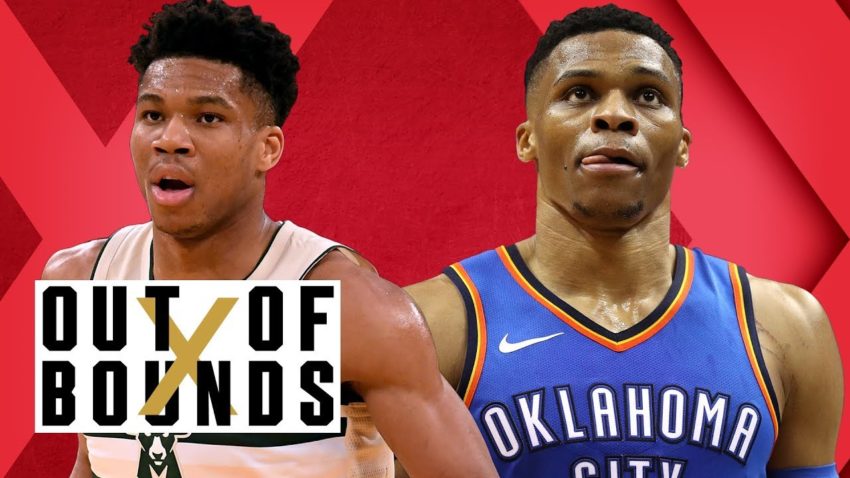 On today’s show, Gilbert Arenas and the #OutofBounds boys catch NBA playoff fever! But first, they discuss a curious cosmetic/medical trend that shows just how lost, vain, and celebrity-obsessed humanity is. With the 2017–18 NBA regular season in the books, OOB takes a closer look at the Eastern Conference matchups. Gil is intrigued by one in particular, but also throws water on the idea of another potential “upset” and dissects the sure-to-be-hyped LeBron-Lance Stephenson showdown. Plus, the guys make their picks for which team is coming out of the East. Before discussing the Western Conference playoffs, the team reacts to Russell Westbrook grabbing a career-high 20 rebounds last night to become the first player in NBA history to average a triple-double twice. A hand wave from one host leads to a heated defense of Brodie and his hustle. Plus, Gil explains why the triple-double average was MVP-worthy last season but not this one. Next, OOB breaks down the playoff matchups in the West, and Gil makes a case for the Spurs against the Warriors before throwing water on Pierce’s Rockets-T’wolves intrigue. As with the East, the crew shares their picks for the team that will make it to the Finals, then adds who they think is winning it all. Finally, in “Fair or Foul?” the guys weigh in on the Miami Marlins claiming foreign citizenship in the Caribbean to wiggle out of a lawsuit with local Miami and Miami-Dade governments. Everybody feels strongly about the story, but Gil’s take is…something else. Following that up, the squad asks how new Marlins owner Derek Jeter is doing so far. Let’s just say life isn’t as charmed as it was in Yankees pinstripes.