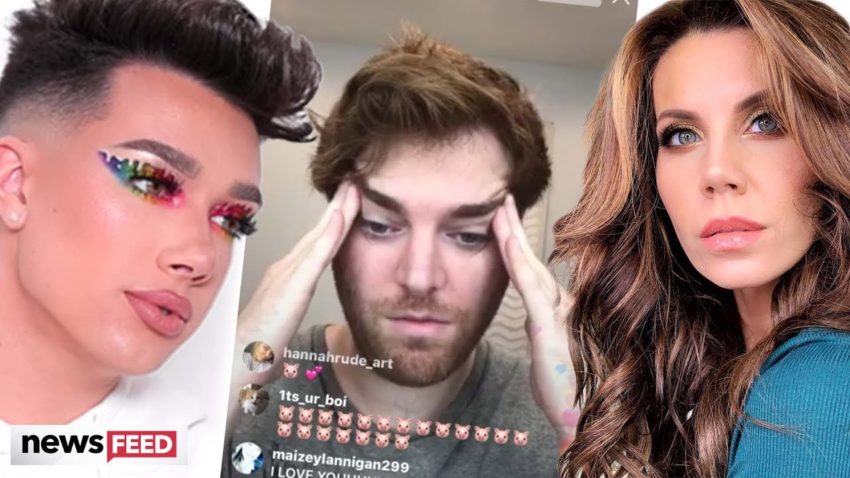 Shane Dawson just spilled ALL of the tea on what is really going on with his series and why he hasn’t shown the beauty community drama that he teased in the trailer. And in classic Shane fashion he didn’t leave any detail out. We are HERE for it.

What’s up you guys? It’s Sussan Mourad here with Clevver News and many of us, like myself, have been wondering if and when we are getting the drama that Shane teased in the trailer for The Beautiful World of Jeffree Star.

I mean the trailer was jam packed with reactions to that Tati Westbrook/James Charles feud that Shane refers to as “Dramageddon.” Which is a term I love and wish I thought of.

And obviously fans have been flooding the internet demanding to see that drama that Shane teased and now Shane is finally giving an explanation of why he hasn’t shown it yet.

He went live on Instagram Thursday afternoon for 40 minutes and in case you missed it or you don’t want to watch all 40 minutes, I’ve got you covered.

Let’s break down everything he talked about.

Shane started off by explaining that when he originally started making the series, he thought people would only watch if there was drama and that his subscribers didn’t care about makeup.

Obviously, he was wrong, we love makeup, but we’ll get to that.

He revealed what his original plan was and that he thought each episode was going to be about a different topic within the beauty world like PR packages, launch parties, etc.

But then the James and Tati drama happened in the middle of making the series. Shane estimated that it was around when they were waiting on the final sample.
And that’s when he realized it was about more than who spilled “the tea” or showing the drama, these were people’s lives.

So he came to a conclusion.

And Shane also understood that Jeffree, who he was making his series with, was involved in the drama.

And when it came to the trailer and the drama, Shane was also in touch with James.

He revealed that he had sent the trailer to James and that James was scared and said he just got over all of the drama and didn’t want to deal with it again, but he trusted Shane.

Shane teased that he has a whole crazy drama episode edited, it’s an hour and a half long, but he didn’t want to make anybody look bad.

Honestly, not gonna lie, kind of really want to see it, even though we know we have all moved on since then.

But I want to know what you guys think about all of this.
Do you think that Shane should release the drama episode? Or do you think that we should just leave the past in the past? Also, would you be mad if the series ended now? Or do you think the last episode would be a good way to end things? Ugh so many questions!!!
Share all of your thoughts down in the comments below.

After that, why don’t you dive in to more Clevver News by hitting that subscribe button and click that bell so you don’t miss any of our new stories. Then click right over here for more entertainment news. Thanks for hanging out with me here on Clevver News, I’m Sussan Mourad and have a great day.