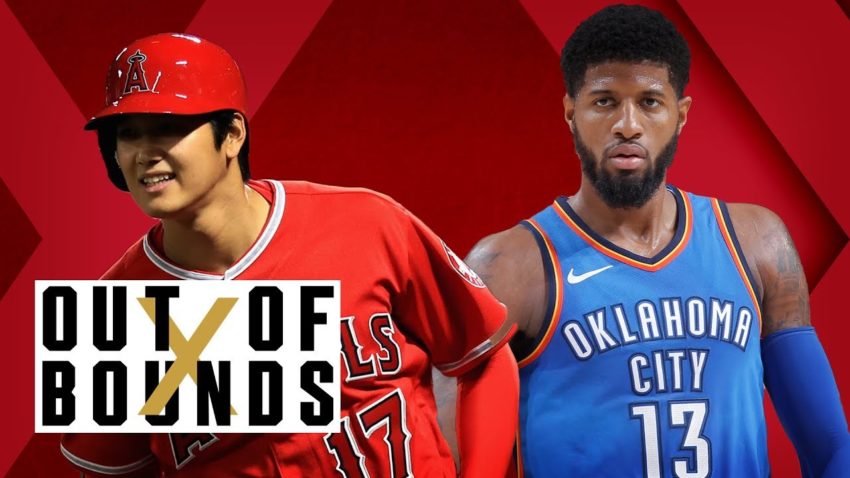 On today’s episode, Gilbert Arenas and the #OutofBounds boys kick things off by talking about fights. Next, they react to Cardinals catcher Yadier Molina trying to fight Diamondbacks manager Torey Lovullo for referring to him as “motherf*cker” while arguing a called third strike with an umpire. Are athletes becoming too sensitive? Gil certainly thinks so, and explains why he was never phased by anything anybody said about him. Then, with Japanese pitcher and slugger Shohei Ohtani starting the season super hot for the Los Angeles Angels, OOB looks at how difficult it is for foreign players to adjust to a new league and culture. Gil, who had international teammates in the NBA and also played abroad in China, breaks down the differences between coming to the U.S. and going overseas. According to Hibachi, one is much more difficult. Following that, the squad looks at how the Celtics used and traded Isaiah Thomas — and the subsequent injuries to Boston’s stars — and debates the existence of sports karma. There are strong feelings on both sides of this divide. Plus, Gil gives his prediction for a Celtics team trying to win a playoff series without Kyrie Irving and Gordon Hayward. In “The Pull-Up,” OOB closes the show out by offering career advice to Paul George, who recently said he “can see” himself staying in Oklahoma City and isn’t basing his free agency decision on whether or not the Thunder win a championship this year. Gil vehemently objects to reporters even asking about his future, but also has a sober analysis of where PG will take his talents next season…. And finally, Gil manages to disrespect a young fan of the show, so there’s that.

31 thoughts on “Shohei Ohtani Crushing MLB; Paul George “Can See” Staying in OKC | Out of Bounds”