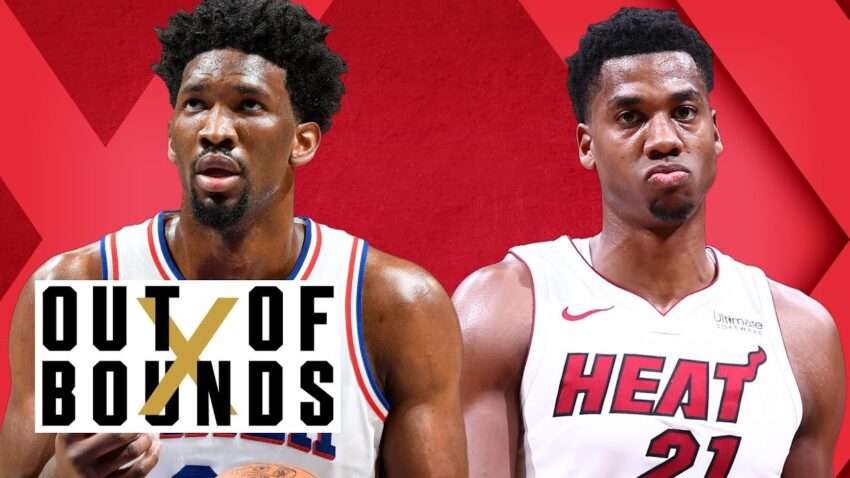 On today’s episode, 2018 Pro Football Hall of Fame inductee Terrell Owens fills in as #OutofBounds host and talk immediately gets spicy as Adam and Pierce go in on Loyola-Chicago fan Sister Jean. The conversation stays hot after the intro, when T.O. reveals what he’s planning for his HOF speech…. Reining it in a little, the guys discuss the best bets to make on tonight’s NCAA final between No. 1 Villanova and No. 3 Michigan. Whether you want a straight winner, spreads, or fun prop bets, gambling man Adam Caparell has you covered. Moving on, OOB discusses Michigan coach John Beilein’s belief that Michigan will one day officially honor the incredibly impactful Fab Five, whose sporting achievements were vacated after an investigation into players getting paid. Should they be recognized despite violations? Should Chris Webber, who accepted money and reportedly has a rift with the other four stars, be included? And is there any point in vacating and pretending games didn’t happen when violations occur? Next, the team responds to Heat center Hassan Whiteside’s rant about his playing time and T.O. explains what happens when players beef with coaches and how that differs from drama between players. Finally, after Sixers star Joel Embiid sent some tremendous tweets about Kansas catching an L, being high on painkillers, and Rihanna while in the hospital recovering from surgery, T.O. and the guys debate The Process’s method of hollering at Ri-Ri (Pierce’s imaginary boo) and which NBA players would be the most fun to hang out with. Plus, outspoken T.O. describes what it would have been like if Twitter had been a thing during his NFL prime.