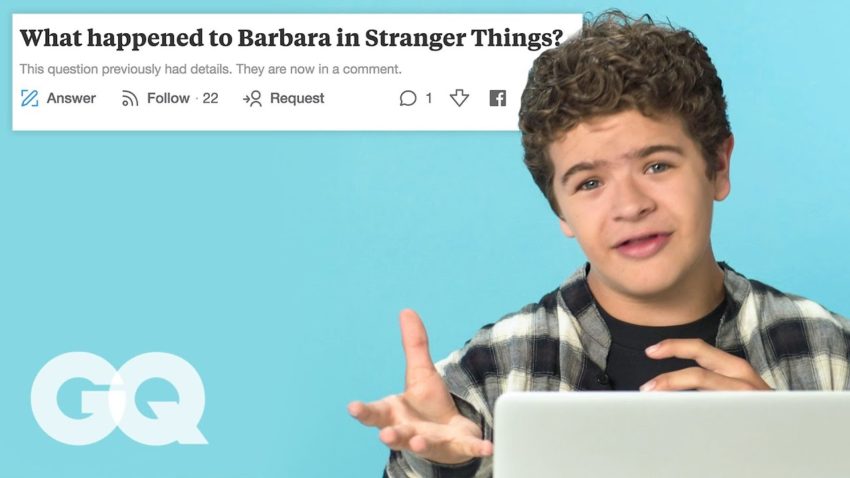 On this episode of “Actually Me,” ‘Stranger Things’ star Gaten Matarazzo goes undercover on the Internet and responds to real comments from Twitter, Reddit, Quora, YouTube and more. What happened to Barbara in Stranger Things? Does Gaten play an instrument?
Watch season 3 of Stranger Things on Netflix on July 4.