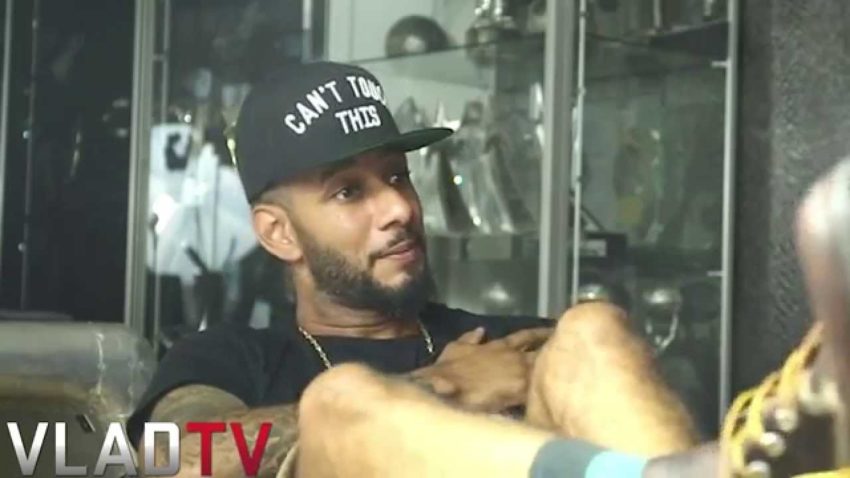 http://www.vladtv.com – Swizz Beatz shared his thoughts on Mike Brown being shot and killed by police in Ferguson, MO., and says the same kinds of things are happening all over the country. He adds that citizens killing each other is a more serious problem than police brutality, and says “we need to build a patience for ourselves.”
The famed producer goes on to talk about his past and how he’s thankful that he never got mixed up in selling drugs or other illegal activities. Swizz admits that he tried to sell crack when he was younger, but it didn’t last past his first round of sales. He says that he didn’t like being around the crackheads, and adds that he paid his dealer off and gave away the rest of the drugs. Swizz claims that he never wanted to hurt anyone, so the life of dealing drugs didn’t sit well with him. He says he was much happier selling his mixtapes out of his barber shop than turning to a life of drug dealing.