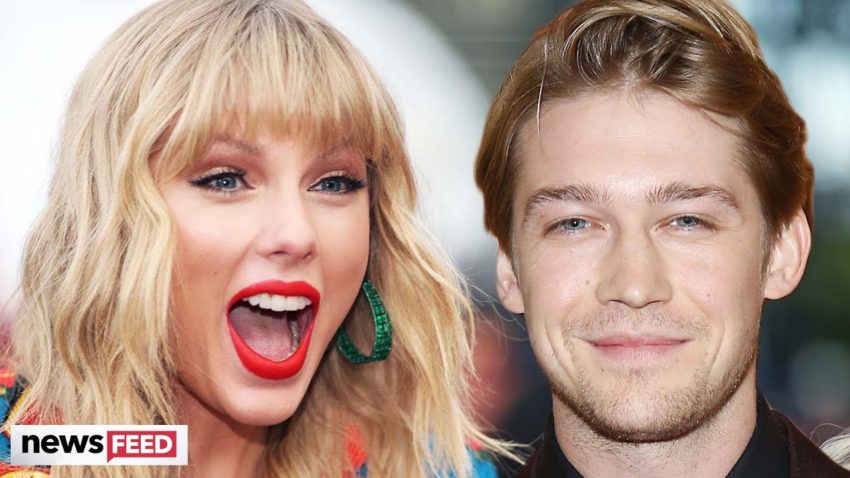 Throughout the years that we’ve known her, Taylor Swift has seemingly gotten more and more private as time has gone on. First we saw her hiding from paparazzi behind her purse, then we figured out the pseudonyms she used, and then we found out she was “allegedly” hiding in a box.

What’s up guys it’s Dani Golub here with Clevver News and one thing we never seemed to really get a grasp on is Taylor’s relationship with her boyfriend, Joe Alwyn. Until now.

Sure, Taylor gave us a glimpse through the window into their relationship on her album “Lover”, which has several songs that are obviously inspired by Joe.

Like “London Boy”, “Paper Rings”, or the titular track “Lover”.

Neither of them are really known for speaking candidly about each other or their romantic relationship.

But in a rare interview with Entertainment Tonight, Joe Alwyn talked about the public’s interest in his relationship with Taylor and how the power couple tries to live their lives as normally as possible.

This has definitely been Taylor’s most private relationship to date. In the past, she’s had super high profile romances with people like Calvin Harris, Jake Gyllenhaal, and Tom Hiddleston.

And all of those seemed to fizzle out, in large part due to the public’s obsession with knowing everything about the couple.

But Taylor and Joe have found success in their relationship by doing what they can to keep it as private, and personal as possible.

That’s why over the three years that they’ve been together, we only have a handful of photos of Taylor and Joe together.

As far as we know, this is Taylor’s longest relationship to date.

Her and Joe started dating publicly in September 2016 after knowing each other for quite a long time.

And that relationship was about as public as can be – plenty of photo ops, red carpets, and paparazzi pics that got the whole world talking.

As we all know, that relationship ended in disaster, resulting in a photo of Taylor and Tom Hiddleston kissing on some rocks, a Twitter rant by Calvin Harris, and a lot of back and forth he said, she said.

It wasn’t cute. But it seems like Taylor and Joe’s model of secrecy is working out for them.

Joe did an interview earlier this week on November 6 with Entertainment Tonight to promote his new movie “Harriet”, which tells the true story of Harriet Tubman’s escape from slavery in pre-civil war America.

But in the interview, Joe also talked about how he’s survived the past three years dating one of the most famous people in the world. And honestly? His advice seems pretty simple and straightforward.

He said “I just don’t really engage with anything that I don’t want to engage with.”

He continued on and said quote, “And so if there’s any kind of extra noise about things that I’m not so interested in, I’ll just turn it off. And so it just disappears, to a degree.”

Taylor has also spoken in the past about why she chooses not to broadcast her relationship to the world via social media or otherwise:

Well, as long as Taylor and Joe are secure in their relationship, that’s really all that matters.
And it seems like that’s definitely the case. Because it’s not like Taylor doesn’t LIKE talking about Joe. Just not in a way that would make the public think that they have any say in their relationship.

She likes to keep it cool and casual. She said “If you and I were having a glass of wine right now, we’d be talking about it – but it’s just that it goes out into the world. That’s where the boundary is, and that’s where my life has become manageable. I really want to keep it feeling manageable.”

I’ve gotta say, there are few things in this world that I would like more than sipping on a glass of chardonnay with Taylor Swift and hearing her gush about how much she loves Joe Alwyn.

But let’s hear what you guys think. Do you think it makes sense that they try to hide their relationship as much as they can? Do you think that it plays a factor into their success as a couple? Let me know what you think in the comment section below.

And then make sure you subscribe to Clevver News to stay up to date on all the top Taylor stories, as well as anything else that we will be throwing your way.