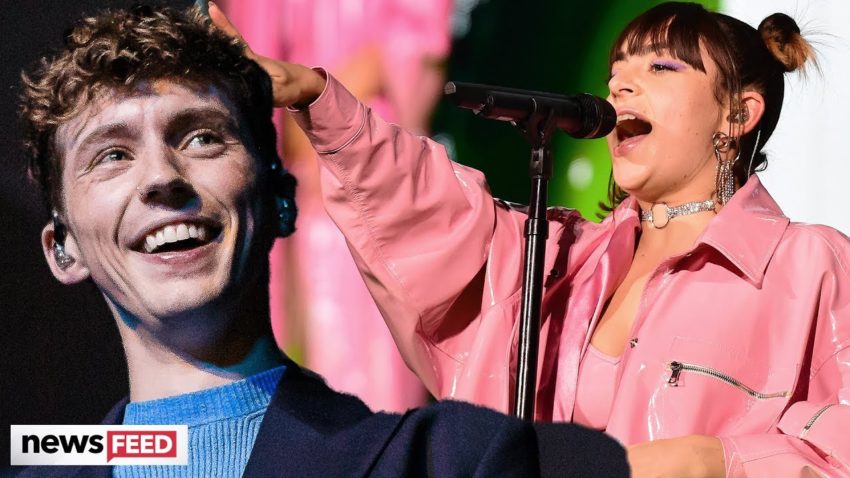 Troye Sivan and Charli XCX are joining forces and have created their own music festival. And no, it’s not gonna be like Fyre Fest, these two already have legit plans.

They are kicking off LA Pride week with the first-ever “Go West Fest” on June 6th, and we already have alarms set to get tickets this Friday morning.

That’s May 17th for anyone that never has a clue what the date is…. *raise hand*

Troye shared the exciting news on Twitter with this video and wrote quote, “Been working on this for months and I’m soooooo stoked to share this with you – introducing GO WEST FEST.”

The one-day festival slash benefit will take place in Los Angeles, with Troye Sivan and Charli XCX as headliners.

Other performers include Allie X, Carlie Hanson, Leland, and a whole bunch more.

It’s an impressive list of indie pop artists to say the least.

Troye also revealed some inside scoop on what to expect at the event in his tweet saying it’s quote, “A new kind of pride festival curated by me n charli xcx that celebrates the inclusivity, artistry, music, kinks, merchants, and creativity of the LGBTQ community, while really giving back to our community.”

Charli XCX also posted a pic of her and Troye on her Instagram story saying quote, “Guys its nearly time for the best time of year: Pride! Troye Sivan and I have been working on a new kind of pride fest… Go West Fest! The line up is so f*cking sick. Tickets on sale Friday.”

Even the festival name was inspired by the 1979 Village People song about finding a land free of homophobia.

And along with music, the event will also feature art, DJ sets, food booths, and more.

And if that wasn’t enough to get you on board, Troye will be donating a portion of the proceeds from the festival to GLAAD.

We are all here for inclusive music festivals. Yaaas Troye and Charli.

This isn’t the first time that Troye and Charli XCX have worked together. Their single “1999” was a fire track of last year, and the music video was stacked with amazing 90’s references.

I mean who doesn’t love a good Titanic moment.

So we have no doubt this festival will be equally successful. And we can’t wait.

Tickets are going on sale this Friday morning, sooo see you there.

Alright now I want to hear from you. Are you excited about Go West Fest? Who’s your favorite on the lineup?