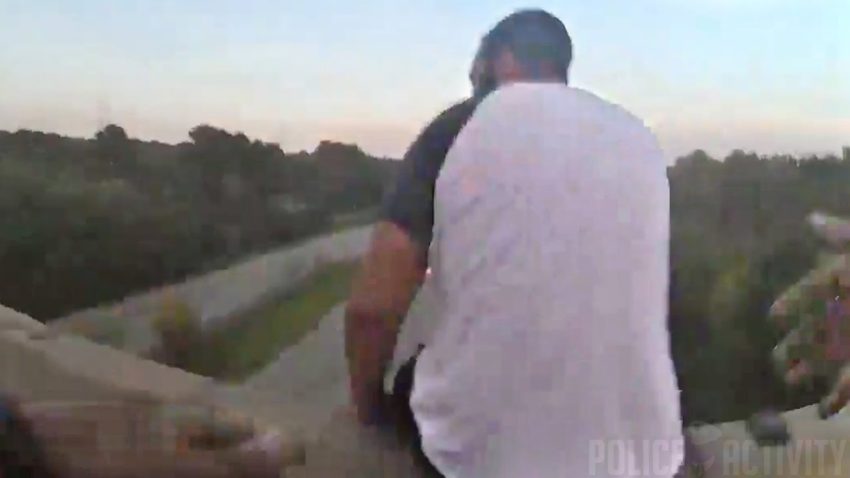 ** (Disclaimer: This video content is intended for educational and informational purposes only) **
A York-Poquoson Sheriff’s Office deputy is being lauded for his quick thinking after keeping a man from possibly jumping from an overpass near Busch Gardens. Deputy James Robinson responded to the overpass over U.S. 60 about 7:35 p.m. Tuesday after the sheriff’s office received a report of a man in crisis. Once on the scene, Robinson started trying to bond with the man, asking him repeatedly if he was OK. Robinson was able to distract the man long enough to grab him and pull him off the edge of the overpass, the sheriff’s office said. The man was taken to a local hospital for treatment, the sheriff’s office said. “Deputy Robinson showed the utmost compassion for the man and reassured him that he still has a lot to live for. Our thoughts and prayers go out to this man and his family,” the York-Poquoson Sheriff’s Office Public Information Officer said.